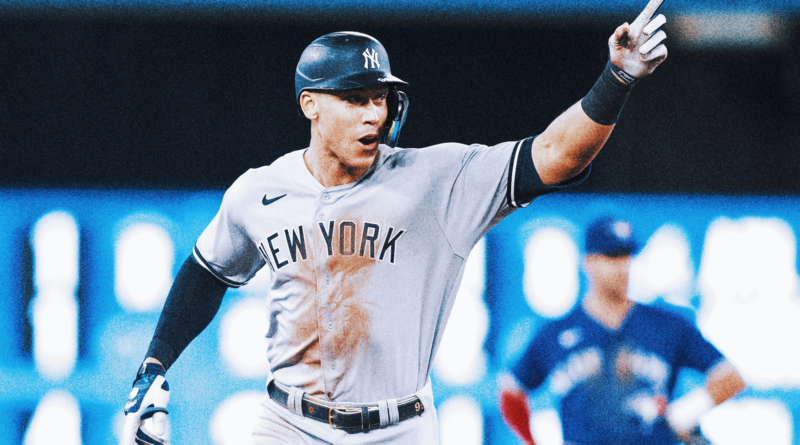 The center of the Yankees’ offseason concerns can be summed up in one number and two words: 62 home runs.

The Yankees need to do whatever it takes to re-sign free agent outfielder Aaron Judge, who declined the team’s contract extension offered this spring that would have guaranteed him $213.5 million over seven years. Judge crushed an American League record-breaking 62 home runs to prove he made the right decision.

Now, industry experts believe Judge has set himself up to earn somewhere in the range of $320 million over eight or so years, which would instantly become one of the biggest free-agent contracts in MLB history. The Yankees want to be the team that sends him those paychecks, but they also have other offseason priorities on deck.

Here’s what the Yankees should be focusing on.

While this is a no-brainer No. 1 priority for the Yankees, there have been some recent developments that should be encouraging for No. 99 fans.

Yankees owner Hal Steinbrenner did not mince words, nor did he hold back his optimism when gushing about the team’s and the league’s most prominent free agent. In a recent interview with YES Network, Steinbrenner expressed unwavering confidence the Yankees will convince Judge to stay in pinstripes, going so far as to say the organization will consider naming him the next captain if he re-signs with the Yankees.

Ben Verlander and Alex Curry break down the top talents on the free-agent market.

Now, there is no need to get the fan base’s hopes up about Judge potentially becoming the franchise’s first captain since Derek Jeter, who carried that responsibility from 2003-2014, if Steinbrenner wasn’t near-certain that Judge would re-sign. Steinbrenner has entered this still-young offseason with lots of publicly stated assurance that Judge, like a good Yankee, will do what is best for him and the team and agree to a deal.

Related: Did Aaron Judge have the greatest walk year in MLB history?

“My budget for Judge is going to be what I feel we can do,” Steinbrenner said at last week’s MLB Owners’ Meetings. “It’s not limitless, obviously. But … in my opinion, we’re going to be able to sign Aaron. That’s not going to stop me from signing other people.”

That last sentence from Steinbrenner is critical here because, not only is Judge looking for a long-term deal reportedly in the $300-million range, but he also wants to stick with a team that is committed to winning. Steinbrenner’s latest briefing suggested a pledge to Judge and players that the front office will continue spending big, even after potentially signing Judge, to build a complete, winning roster around him.

This type of aggression has been rare for Steinbrenner, the son of the late Yankees owner George Steinbrenner, who was known for his win-at-all-costs attitude. Perhaps Judge’s free agency is the type of shakeup the Steinbrenner descendent needed in order to aggressively spend.

Time will tell and actions will do the talking, but Yankees fans should at least feel reassured regarding all things Judge, based on Steinbrenner’s latest charges.

Savvy first baseman Anthony Rizzo became an integral part of the Yankees clubhouse this season, and his leadership and closeness with much of the roster, especially with Judge, were always key reasons to bring Rizzo back to the Bronx — a move that became official earlier this week. He also fit right into that Yankee culture and gained respect from the fan base immediately after being traded from the Cubs at the 2021 trade deadline.

Rizzo had a slash line of .230/.338/.466 with a 125 OPS+ across his two and a half seasons with the Yankees. This past season, the left-handed hitter matched his career-high in home runs with 32. His wRC+ was 132 in 2022, suggesting he was 32% above league-average at the plate. His 10.6% walk rate this past season was fifth-best among Yankees hitters with a minimum of 300 plate appearances. Plus, Rizzo’s left-handed bat is expected to find more success next year and beyond, once defensive shifts are banned.

Despite the numerous reasons the Yankees already had to sign Rizzo, once rumors of the Astros’ interest in the 33-year-old first baseman became public, it only became that much more critical for Yankees GM Brian Cashman to get the deal done — and quickly. So, before Astros owner Jim Crane could lure Rizzo into the defending champion’s domain, Cashman made an offer that Rizzo, apparently, couldn’t refuse.

The Yankees and Rizzo reunited on a two-year, $40 million deal, including $17 million guaranteed in 2023 and 2024, followed by a $17 million club option for 2025 with a $6 million buyout. Rizzo had already rejected the team’s one-year, $19.65 million qualifying offer, and thanks to the buyout, he will end up with slightly more annually than that QO, with the security of a multi-year deal to boot.

The first name everyone will think of this winter when discussing the Yankees’ outfield is, of course, Judge. But the Bombers have more work to do — in left field, particularly — with or without the return of their 62-homer slugger.

This past season, the Yankees had a 24th-ranked wRC+ (89) in left field among all 30 teams. In late July, they tried to improve that area by trading for left fielder Andrew Benintendi, but the 28-year-old, who is now a free agent, played just 33 games for the Yankees before ending his season in September with injury. The Yankees can still bring Benintendi back and expect better results when healthy, but reports suggest they are looking elsewhere — as far as 7,000 miles away.

Japanese left-handed hitter and left fielder Masataka Yoshida has been on the Yankees’ radar, according to multiple reports.

Yoshida, 29, drew interest from MLB clubs after his OPS jumped to a career-high 1.007 this season. For the championship Orix Buffaloes, Yoshida walked 82 times and struck out only 42 times in 515 plate appearances. He has been described as an exceptional contact hitter, and that type of profile would fit in really well for the Yankees at the top of their lineup. And just like Rizzo, Yoshida’s left-handed bat is expected to find more success once MLB bans infield shifting. He could certainly be the spark the Yankees’ outfield needs.

In the event Judge does not return to the Yankees, they could pivot to using that money for a bigger splash at shortstop. The free-agent class at shortstop runs deep this offseason, with stars Trea Turner, Carlos Correa, Xander Bogaerts and Dansby Swanson headlining the group. The Yankees could spend big and improve in the hole with any one of those proven bats and gloves. If they do, they could be left with some interesting options.

The Yankees have an influx of major-league-ready infielders — including prospects Anthony Volpe, Oswald Peraza and Oswald Cabrera, as well as Gleyber Torres and Isiah Kiner-Falefa.

At last week’s GM Meetings, Cashman indicated the Yankees are focused on internal options rather than free-agency prizes. Cashman went so far as to specifically name Volpe, Peraza and Cabrera as infielders who will be competing for that shortstop role in spring training.

There is something to be said for the fact that, seven years after Jeter retired, the Yankees are still missing that cornerstone shortstop on their roster. It remains to be seen whether that player emerges internally, from the Yankees’ farm system or via free agency, when this winter would be the ideal time to spend big.

Deesha Thosar is an MLB writer for FOX Sports. She previously covered the Mets as a beat reporter for the New York Daily News. Follow her on Twitter at @DeeshaThosar.