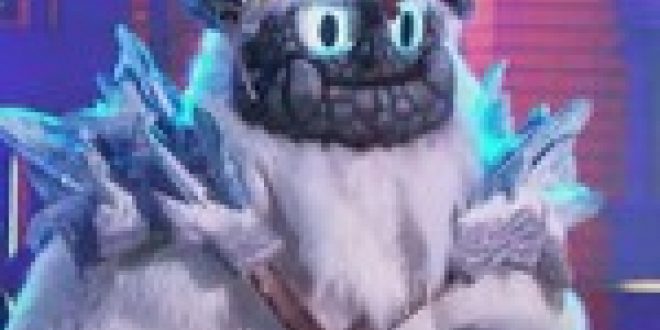 Yeti Keeps Cool After ‘Masked Singer’ Exit: ‘I Really Appreciate Being Able to Be Felt Rather Than Seen’

The icy beast is a self-proclaimed quadruple threat, and rightfully so, as he was unmasked as Omarion. The multitalented R&B singer-songwriter and actor has his hands full as he gears up for the release of Dreamland: The Rise and Fall of Black Wall Street, a documentary produced by LeBron James’ SpringHill Company. For the film, Omarion performs the song “We Will Never Forget” alongside Lalah Hathaway and Kierra Sheard.

Billboard caught up with Omarion to discuss his signature dance moves, Corn Pops and how The Masked Singer allowed him to be felt rather than seen.

You entered the show as a wild card. How were you recruited?

My team got the call and I really didn’t know what to expect as a performer. The process kind of just happened fast. Shoutout to my agent and my team for making that happen. My boys Bow Wow and T-Pain made me feel comfortable about [it] because I didn’t know what to expect! Like, how is this gonna go? [I had to] do this and do that, and then when I pull up to the set, I have to wear a mask and no one can know who I am. I’m like, “Oh, this is interesting. Let’s see how this goes.” That’s basically how I got recruited.

As someone who is known for singing and dancing in their performances, how did you move around in the Yeti costume?

I grew up listening to you, so from your first performance, I knew it was you instantly.

That’s one of the aspects that I love about the show. It plays a type of hide-and-go-seek game with the people that appreciate my work, you know what I mean? It’s like, “I know who that is. I can’t see him right now, but I know who that is!” I was telling someone earlier, I posted a picture of my mom and there’s people under the photo in the comments like, “Hey, I know you’re the Yeti,” and I’m like, “Whoa! This is funny.” I love that aspect of the show. My audience and people that appreciate my music, they was able to reconnect in that hide-and-seek way.

One of your clues was the letter that said you are quadruple threat. I know triple is singer, dancer and actor, but what’s the fourth one?

Well, it’s more than four, [but] I’m an author. I’m actually writing a book that will be out in 2022; it’s titled Full Circle: Lessons and Takeaways on How to Live An Unbothered Life. Aside from being an author or writer, producer, entrepreneur, I could keep going on, but yeah, quadruple threat, baby.

What did the corn clue mean?

So the corn was for the Corn Pops commercial that I did. That was actually the first time I was introduced as Omari to the world. I booked my first national commercial which was a Corn Pops commercial, “Gotta have my Pops.” And anybody who’s a cereal lover knows that when Corn Pops was poppin’, they was really poppin’! So that was, like, my first acting gig that I ever booked.

The doughnut clue to represent the letter “O” was clever too. I didn’t get it at first.

Can you walk me through some of your song choices?

What I wanted to do was create a sonic story arc. I think that is important for me to come in on an R&B tip, which was “If It Isn’t Love” [by New Edition]. That was such an iconic group. I come from that lineage of performers, of groups. It’s only, like, three or four people that have ever came out of a group — Michael Jackson being one, Justin Timberlake being another, Beyonce being another, and myself. So that was a little hint right there.

Then “Lonely” [by Justin Bieber and Benny Blanco], my performance with the skates, I really wanted to just do big tempo, ballad, uptempo, ballad. I wanted to show my diversity as an artist, especially with [“Bless the Broken Road” by Rascal Flatts]. I was doing my best to hide myself inside of the music. My perspective was I really wanted to do songs that I actually like, that I feel connected with, and do something that I felt like people would enjoy and that I enjoyed myself.

You seemed like a fan favorite. Were you surprised to have been voted off?

Yes, very surprised because I’m not sure that outside of the Yeti suit, that if we brought out the hits, that anyone could dare to compare. [Laughs] But also, I think that an aspect of me wasn’t really trippin’ about competing and winning, even though I felt like the Yeti should have won. Not only just because he was the most adorable character, but for the range as well. I still enjoyed it and I still really appreciate being able to be felt rather than seen.

As long as I’ve had an audience, only through mediums like The Masked Singer do you actually get the opportunity to do things that can further your relationship with performing, and I felt like The Masked Singer was going to do that — and it did just that. Being in that suit and hearing the compliments from the judges and them not seeing me, that was dope. It was dope to after have been performing for almost 23 years, still be able to be felt. I think that’s prolific and something that I needed to remember as a performer and continuing on. That’s what people remember — how you made them feel. I’m happy that I was able to be open enough to be able to experience singing other people’s songs, I’ve never done that, [but] I’m glad I did this.