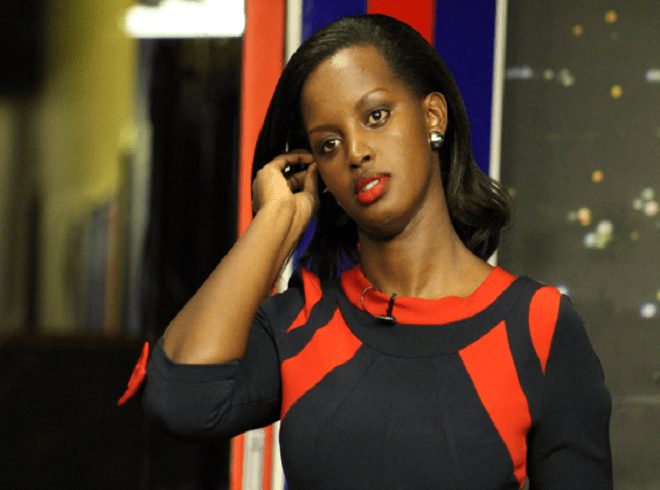 The move by HE. Yoweri Kaguta Museveni to tax social media users is likely to fail several people’s  dreams. This is because of the possibilities that social media has made to all Ugandans.

Yesterday got a one Kato Simon using social media to pour out his heart for NTV News anchor Flavia Tumusiime. In a lengthy emotional social media post, Kato Simon proved his feelings for Flavia to an extent of  calling her the sugar of his sitting room with hopes of having his message delivered to Flavia even when he cant  get access to her physically.

“Oh sweetheart Flavia, sweetheart Flavia….you’re the best thing ever to happen to TV ever since TV was invented. I love you sooo much. You’re the reason I watch News. Infant I don’t even listen to whatever rubbish news you be reading. I only be staring at you. Oh how I hate those commercials – they take away my beautiful flower. I die you kabisa. My heart beats for you non stop. You’re the sugar of my sitting room, the fresh air for my entire house. When your reading news, my sitting room smells fresh. But why are some people so beautiful….yet we can’t access them. You’re the kind of people that give birth to Angels. I’m dying of love Flavia. Help me – I need a date with you….yet I don’t even have the knees to stand firm in front of you. ” He wrote

Simon joins a long list of admirers which also has musician A Pass featuring. A Pass who had deep feelings for Flavia was forced into studio to do a song dubbed “Give Me A Kiss” for the beauty. It was not at the recently closed Abryanz Fashion Awards where A Pass was given a chance to hug Flavia an opportunity he welcomed with wide open hands and spread it all over his social media platforms!

Flavia Tumusiime is a Ugandan actress, radio and television host, voice-over artist, emcee and author of 30 Days of Flavia. She presents a mid-morning radio show (AM-PM Show) on 91.3 Capital FM radio in Kampala and is a VJ for Channel O.