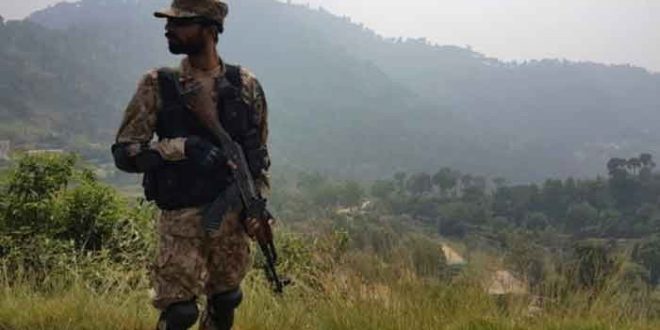 A young sepoy was martyred during an intelligence-based operation by security forces in the Senai Narai area of South Waziristan district, the Inter-Services Public Relations said on Sunday.

According to a statement by the ISPR, the operation was conducted “on reported presence of terrorists”.

The military’s media wing said that a cordon and search operation is in progress in the area to eliminate any terrorists present.