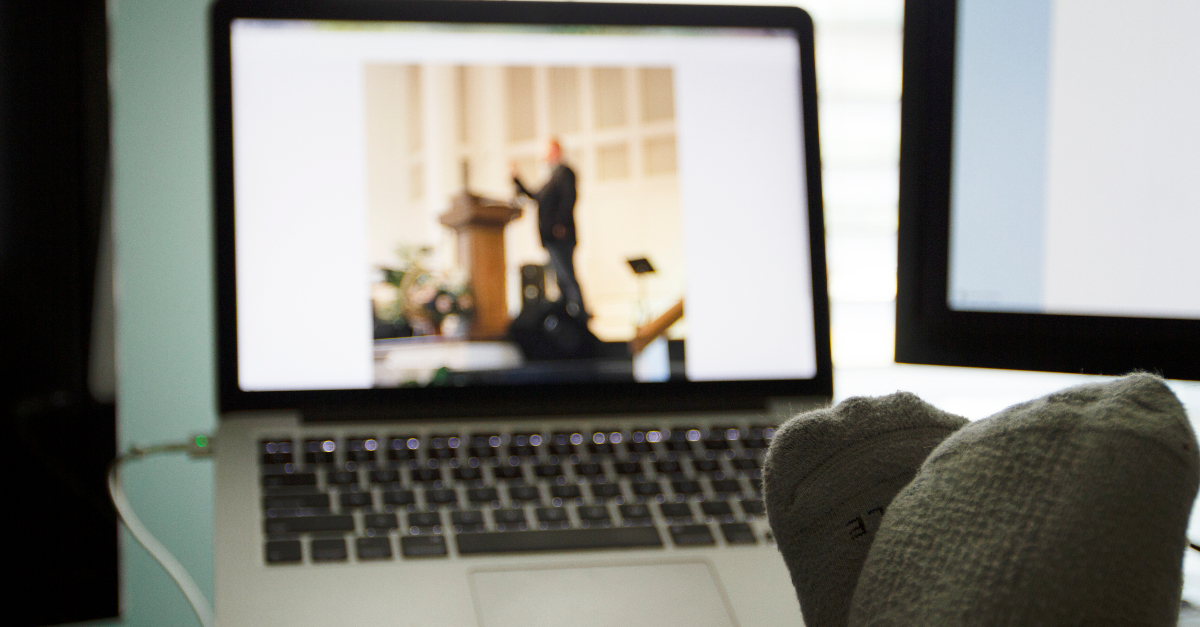 Streaming church services may be growing in popularity, but pastor John MacArthur cautions that they must not replace in-person services because they, by definition, cannot fulfill the New Testament’s commands for Christians.

Streaming services became popular during the COVID-19 pandemic when churches across the U.S. briefly closed their doors, leading members to watch sermons online.

MacArthur said online services can be beneficial in spreading God’s Word – his own sermons are broadcast on radio – but they must not replace in-person gatherings for the Christian.

“There’s nothing about that that fulfills the biblical definition of coming together, stimulating one another in love and good works … singing, speaking to yourselves in Psalms [and] spiritual songs, singing and making melody to the Lord, sitting under the Word of God, praying together, being led by those who preach the Word and open the Scripture.

“The definition of a church is crystal clear in the New Testament,” he said. “We see the picture of it. They came together on the first day of the week. They worshipped the Lord. They prayed. It was fellowship, and it was the breaking of bread and the Lord’s Supper. So the church is defined clearly. And it’s the communion of the saints. It’s fellowship, it’s partnership.”

The Greek word “koinonia” in the New Testament – often translated as “fellowship” – requires coming together, MacArthur said. He referenced the multiple instances of “one another” in Scripture: “edify one another,” “pray for one another” and “build up one another,” for example.

“The church is this communion of people, this fellowship of people whose lives are all blended together in a profound expression of love and unity, and that does not happen in any kind of video environment,” he said. “I don’t think it even happens in a quote-unquote church where you’re watching a video of a pastor, because it’s very important that that man’s life be exposed and visible and known to everyone.

“I think you’re in violation of the whole intent of the Lord and how He wants His people to work together,” MacArthur added, “if you’re not fully involved in a church under the leadership and headship of pastors, to whom you have given your life to be cared for, instructed, loved, nurtured, and to whom you owe some accountability.”

Michael Foust has covered the intersection of faith and news for 20 years. His stories have appeared in Baptist Press, Christianity Today, The Christian Post, the Leaf-Chronicle, the Toronto Star and the Knoxville News-Sentinel.