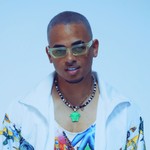 Camilo and LaLiga Unite for Soccer

LaLiga Santander and LaLiga SmartBank are kicking off their 2021-2022 season on Aug. 13 with the help of Camilo. Together, they teamed up for a soccer-infused version of Camilo’s summer hit “KESI” called “KESI La Liga Version Oficial” to celebrate fans returning to stadiums across Spain. “It’s a dream come true for me to be involved in the LaLiga song for the 2021/22 season. This is the first tour of my life and the first concerts have been in Spain, a country that has really made me feel at home,” the Colombian singer-songwriter said in a statement. “Music and football are one; the passion of singing a song and celebrating a goal goes beyond the rational. It makes you connect with the here and now and completely forget everything else. It’s a magical moment.”

Sia has dropped a new version of her “1+1” bop, recruiting Mexican pop star Sofia Reyes and Puerto Rican artist Yandel for a Latin remix helmed by Banx & Ranx. Reyes first gave Billboard the exclusive of this major collaboration at the 2021 Premios Juventud carpet. “They just gave me the news and it makes me want to cry every time I think about it,” she said. “I’ll be part of a new song with Sia and Yandel. This is very powerful and I’m very excited.” This isn’t the first time Sia teams up with Latin artists to drop bilingual tracks. Previously, she joined forces with Ozuna and Doja Cat on “Del Mar.”

Dominican newcomer La Gabi presents her debut EP, Origen, home to seven tracks that best showcases her versatile musical proposal. Born Gabriela Guaba, La Gabi is an 18-year-old rapper who, thanks to her sick freestyles and crisp voice, landed on J Balvin’s radar and is now one of his signed artists on his Ma G Nation Label. Balvin revealed that he discovered Gabi on social media after she covered his songs. Up next, the emerging artist will hit up many important festivals including Baja Beach Fest, CDMC Flow Fest, and J Balvin’s Neón Fest in Las Vegas and Punta Cana. Listen to her EP below.