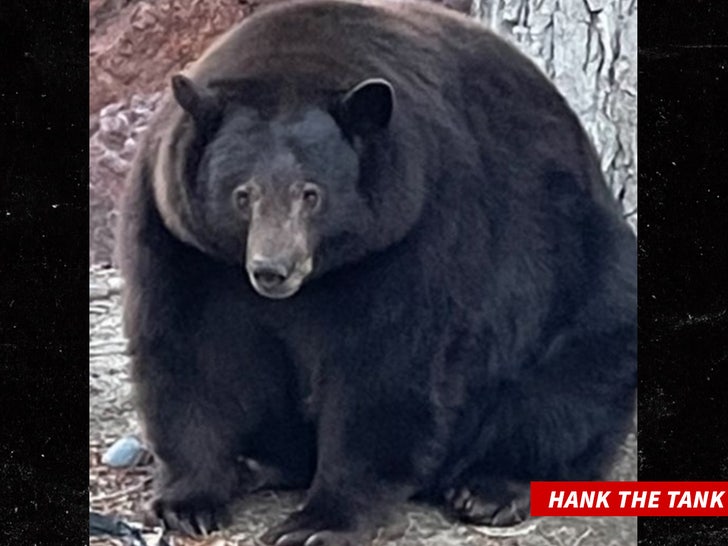 3:47 PM PT — We spoke with Ann Bryant, the Executive Director of BEAR League in Lake Tahoe who tells us they’re trying desperately to get Hank into a sanctuary. Bryant says Hank isn’t dangerous, and has simply, “Answered the ring of the dinner bell.”

The main issue is new residents in the area who have failed to properly secure their trash, and Hank has learned to take advantage of the easy meal.

Ann tells us she’s become frustrated with the local Dept. of Wildlife, who she believes is stalling, instead of finding him a home in a sanctuary. Ann says, “He shouldn’t die for what he was created to be.”

Big boys gotta eat … especially when those big boys are massive bears like Hank, who’s now broken into at least 28 homes in search of food!!!

The city of South Lake Tahoe, CA has quite the menace roaming their streets — a chunky guy they’ve named Hank the Tank. The 500-pound bear’s been spotted more than 100 times since July, but human encounters aren’t scaring him off … Hank keeps trying to get his paws on sweet leftovers in home after home.

For reference, an average black bear weighs anywhere from 100-300 lbs … so, Hank’s had quite the hibernation! 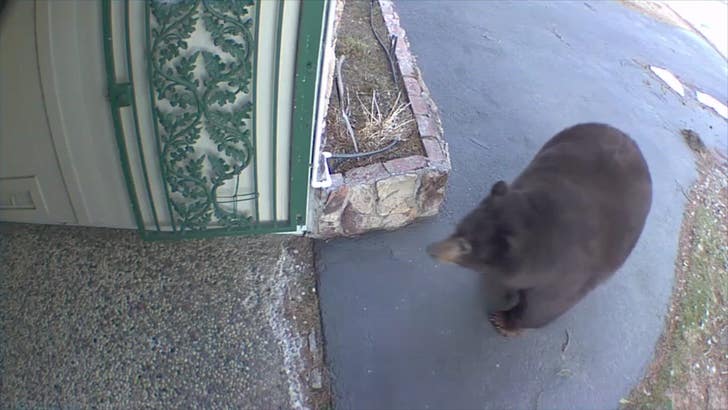 Local authorities have tried to “haze” the bear with loud noises, paintballs and Tasers, but nothing’s keeping him away.

Peter Tira — a spokesman for the California Department of Fish and Wildlife — told the New York Times, “This is a bear that has lost all fear of people … It’s a potentially dangerous situation.” Tira says local authorities are trying to trap the bear and possibly euthanize him.

Not everyone is keen on them putting him down, however … locals point out that while Hank’s causing property damage, he’s a gentle giant that hasn’t harmed any humans.

As one resident put it … Hank just eats peacefully, and “he doesn’t attack them. He doesn’t growl. He doesn’t make rude faces.”

Well, at least he’s polite while breaking and entering.