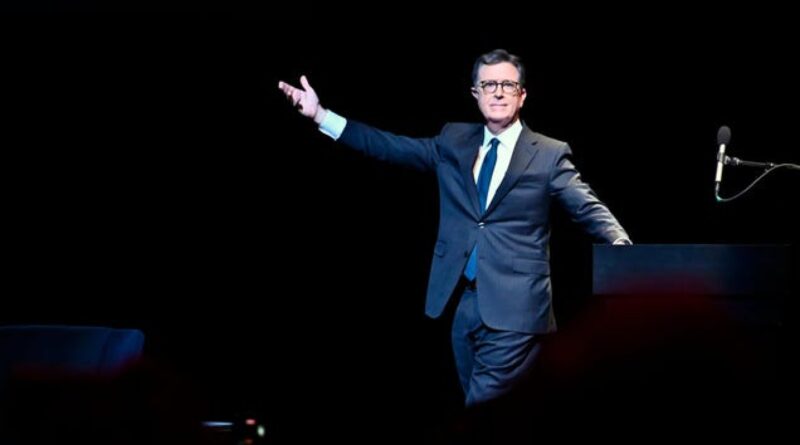 Here’s an example of using your clout and popularity for the benefit of everyone: Stephen Colbert has joined the long-in-the-works campaign to make Roger Zelazny’s best-selling fantasy classic The Chronicles of Amber into a series. Already aboard: The Walking Dead’s Robert Kirkman, whose Skybound Entertainment has been working on the adaptation with Vincent Newman Entertainment for the past seven years.

This news was widely reported across the trades, including Variety, Deadline, and the Hollywood Reporter; both pointed out that none other than Game of Thrones’ George R.R. Martin is a notable fan of Zelazny and especially The Chronicles of Amber, which encompasses 10 novels (the first published in 1970) as well as short stories and more. The story begins with Corwin, who wakes up in a New York City hospital with amnesia but soon learns he’s a prince who’s able to travel between the dimensions contained within the realm of Amber.

The Hollywood Reporter and other outlets note that Martin is not involved—he’s a little busy, as you might have heard—but Colbert, a noted fantasy superfan, appreciates his support. “George R.R. Martin and I have similar dreams,” Colbert told the trades. “I’ve carried the story of Corwin in my head for over 40 years, and I’m thrilled to partner with Skybound and Vincent Newman to bring these worlds to life. All roads lead to Amber, and I’m happy to be walking them.”

So far there’s no word on who will write or direct the series, when we might see it, or even where it will end up—though with shows like Prime Video’s Lord of the Rings: The Rings of Power and The Wheel of Time, and HBO’s The House of the Dragon all attaining hit status, it seems the fantasy TV landscape is still hungry for more. What do you think of this news, and where would you like to see The Chronicles of Amber end up?