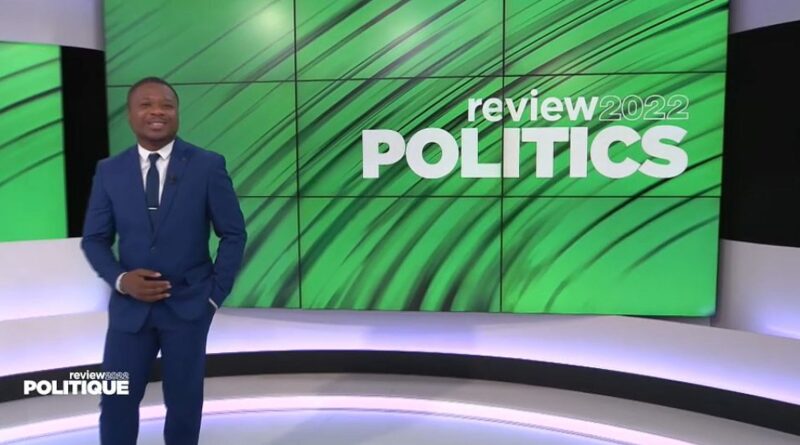 The year 2022 comes to an end. Undoubtedly one that has recorded many significant events. We take a look at some of the major political highlights in Africa in this report. Below is the transcript of the narration for the video.

In Kenya, it was a big battle between William Ruto, the estranged deputy of Uhuru Kenyatta, and veteran opposition presidential candidate Raila Odinga who had unusual backing from Kenyatta. Both Ruto and Odinga went neck and neck in the August 9 poll.

Four electoral commissioners refused to endorse the result declaring William Ruto as winner. Kenya was on the precipice of conflict. A petition by Odinga in the supreme court was to no avail.

William Ruto was sworn in as president.

Other key elections in the year saw Angola’s ruling party MPLA consolidate their long hold on power but with a much-reduced majority, after significant gains by the opposition UNITA.

On September 15, Joao Laurenco took on his second five-year term in office.

In Equatorial Guinea, Teodoro Obiang Nguema Mbasogo was relected for a sixth term with 94.9 percent of votes, making him the longest-ruling head of state in Africa and the world, excluding monarchs.

The year also recorded a few coups.Notably in Burkina Faso where Roch Marc Christian Kaboré was sacked from office by soldiers. Junta chief Lieutenant-Colonel Paul-Henri Sandaogo Damiba was installed as interim president. But his stay in power was not to be long.

On the evening of September 30, military officials led by 34-year-old Captain Ibrahim Traore removed Damiba in the country’s second coup this year.

The next morning, angry protesters attacked the French Embassy in the capital Ouagadougou after supporters accused France of harbouring the ousted Damiba.

But this kind of attacks was a one too familiar event in the year – Anti French protests swept through the Sahelian region beginning first in Mali whose junta in February accused France’s military of deliberately dividing the west African nation.

Mali kicked out the remaining French troops in the country.

France accused Russia’s Wagner mercenaries of staging what became known as the Moura massacre in Mali where at least 300 civilians were killed.

A never relenting hot verbal exchange between Bamako and Paris.

49 soldiers from Ivory Coast arrived at the Bamako airport on July 10 as support for a U.N. contingent. Mali arrested the soldiers, accusing them of being “mercenaries.”

46 of the soldiers remain detained till date despite several diplomatic attempts.

AU mediation efforts would later lead to a landmark peace deal between Ethiopia’s government and leaders from the country’s Tigray region in November, bringing to a halt the two-year civil war.

In Nigeria, terrorists attacked a train moving from the capital Abuja to the northern city of Kaduna in March, killing at least seven people and kidnapping dozens of passengers. But it was only a foretaste of what was to come.

On Sunday June I, a brazen attack left scores of worshippers killed in Owo, a relatively safe commune in the south western part of the country.

In South Africa, “Operation Dudula” gained traction in a sign of growing anti-migrant sentiment in the country.

President Cyril Ramaphosa soon found himself battling for political survival after an inquiry found evidence, he may have committed serious misconduct in relation to a large amount of cash found at his Phala Phala farm after a robbery.

And that is on the 2022-year review of Politics in Africa. Thank you for watching