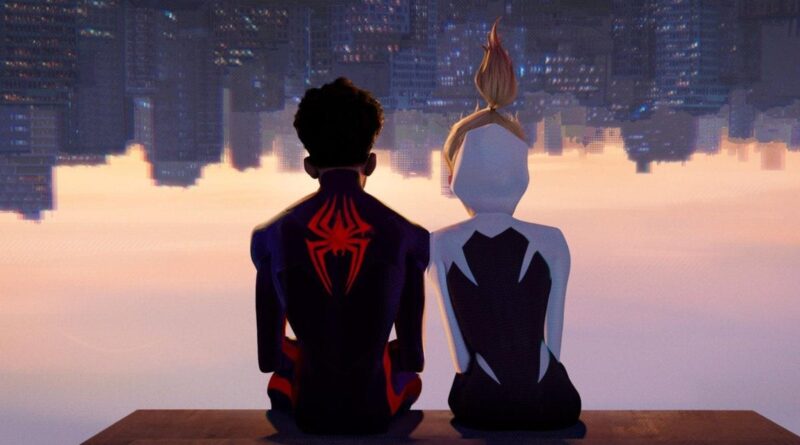 Next year will bring many highly anticipated films to your eyeballs, but few have us as excited as Spider-Man: Across the Spider-Verse. The follow-up to maybe the greatest superhero movie of all time arrives with super high expectations, and while we’ve already seen a brief tease from the film, now we know when the first full trailer will be upon us.

Spider-Man: Across the Spider-Verse comes to theaters June 2, 2023 and the official Twitter account teased that “a new view” will be coming on December 13, which is Tuesday of next week.

With it comes a new photo from the film which, if you give it a good look, is proof that Spider-butts are sticky too, as both Miles and Gwen are sitting upside down, even if the photo is flipped.

And while Miles (voiced by Shameik Moore) and Gwen (voiced by Hailee Steinfeld) may be at the center of the story again, they are just two of many, many, many more Spider-people who’ll be on board this time. So far we know of at least Spider-Man 2099 (Oscar Isaac), Scarlet Spider, Spider-Punk (Daniel Kaluuya), and Spider-Woman (Issa Rae). But since producers/co-writers Phil Lord and Chris Miller have stated that Across the Spider-Verse has 240 characters in it, compared to 40 in the first movie, we’d imagine some from the first film return, and tons more are added. How many of those will be in the new trailer? We’ll find out soon.

With trailers for Spider-Man: Across the Spider-Verse next week, Guardians of the Galaxy Vol. 3 and Indiana Jones and the Dial of Destiny last week, and more surely coming soon, you can tell the holiday movie season is upon us. It’s time for studios to get their summer movie trailers into theaters so fans know what to get hyped for next year. But out of all those films, we have a feeling Across the Spider-Verse might be the best of the bunch. It’s out June 2 and we’ll see more next week. In the meantime, if you want to read about the first 15 minutes of the movie, check this out.