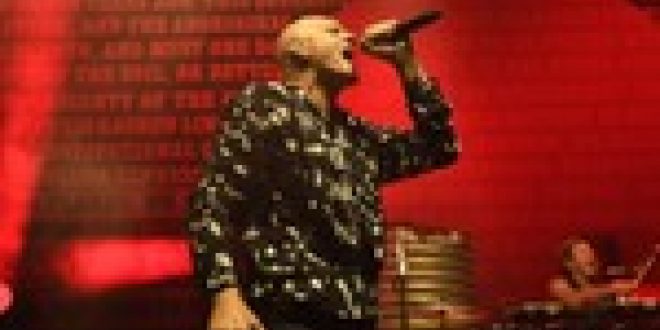 It was the second successive year COVID-19 had sunk Bluesfest’s best-laid plans.

The most recent was a gut punch for the wider music industry, and the local businesses that rely on footfall that’s triggered by the five days of festivities.

That cancelation “really affected the industry and pulled the last strands of confidence out of everything,” notes veteran concert promoter Michael Chugg.

Rather than dwell on the negatives, Noble and his team have locked-in a lineup and new dates, Oct. 1-4, for what will be the first major festival to return since the pandemic struck.

“We have to do that because the Australian live music industry, we all want to get back to work safely. And we can do it.”

Like its planned Easter 2021 weekend edition, Bluesfest will be delivered as a COVIDsafe event, though pared back from five to four days. All outdoor stages will be fully seated, and ticket holders won’t need to wear a mask on site.

“If we get another four months of close to zero COVID cases in our community who know what we’ll be presenting,” Noble continues.

Established in 1990, Bluesfest is one of the most decorated of all festivals in these parts.

It’s a five-time winner of best major event at the NSW Tourism Awards, and a member of the NSW Tourism Hall of Fame, as well as being nominated nine times as best international music festival in the Pollstar Awards which take place in Los Angeles.

In 2010, Bluesfest moved to its permanent home at the 300 acre Tyagarah Tea Tree Farm, about 6 miles north of Byron Bay.

Its impact can be felt well outside the arts. According to data published in the festival’s most recent Economic Impact Report, some 858 full-time equivalent jobs were created in the region by the 2019 show and 1,333 in the state of New South Wales. Also, the report found that money generated regionally by the fest tops $163 million ($126 million) each year, and more than $277 million ($214 million) throughout the state.