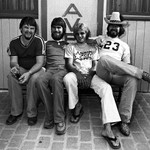 Reservoir was founded in 2007 and now has over 32,000 master recordings — 6,000 from its acquisition of Tommy Boy Entertainment in June for $100 million — and 130,000 copyrights. In 2019 it became a full-service music company when it purchased U.K.-based music company Blue Raincoat Music and its subsidiary Chrysalis Records.

In Alabama, Reservoir gets classic country music that streams well: its tracks have amassed 300 million on-demand audio streams in the U.S. in the last 52 weeks — making it the 487th most-streamed artist over that period, according to MRC Data. The group also sold 93,000 albums and 129,000 tracks in that span. Since Nielsen SoundScan began tracking sales in 1992, the group has 1.3 billion streams and sold 21.9 million album sales.

The deal is “an affirmation of [Reservoir’s] strategy” to build its recorded music catalog “with such undeniably classic” music, Founder and CEO Golnar Khosrowshahi said in a statement. That strategy is built on money Reservoir received from a July merger with Roth CH Acquisition II, a special purpose acquisition company — a shell company — that raised $115 million in an initial public offering on the Nasdaq. The $142 million Roth CH Acquisition II contributed after closing costs will help give Reservoir the resources to compete in a crowded acquisitions market with royalty funds of Hipgnosis and Round Hill and independents such as Primary Wave and Concord Music Group.