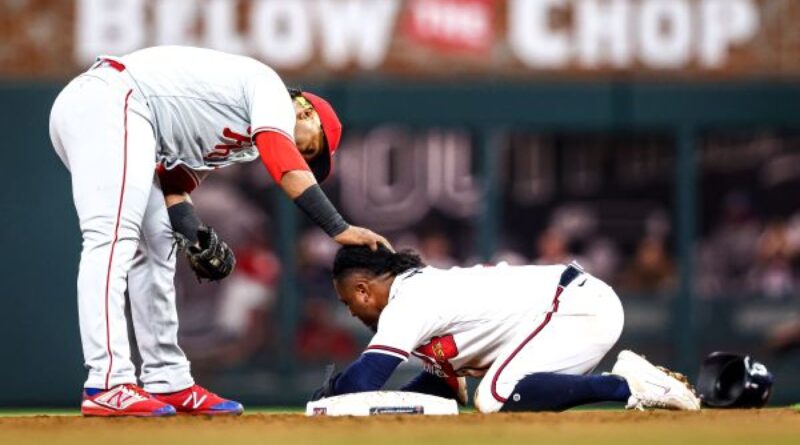 Braves manager Brian Snitker said Albies will miss the rest of the regular season but that a return in the postseason is “a possibility.”

“I hate it for him. My heart breaks for him,” Snitker said. “After everything he went through to get back here and then have that happen, it’s just horrible for him. He was having so much fun, being the old Oz. You know, he’s playing ball, what he loves to do. It’s just a shame.”

Albies, 25, was injured as he slid headfirst into second base in the fourth inning.

The injury occurred one day after he was activated from the 60-day injured list. He had been sidelined for 81 games because of a broken left foot suffered in June after making an awkward swing.

“Obviously it’s great that we got the win — that’s the most important thing — but it’s really sad that Ozzie hurt himself again,” Braves star Ronald Acuna Jr. said through an interpreter. “We need him. Like I said, it’s really sad.”

Albies is hitting .247 with eight home runs and 35 RBIs this season. Signed through 2025, Albies led the National League last season in assists, has made two All-Star Game appearances and won a Silver Slugger award in 2019 and 2021.