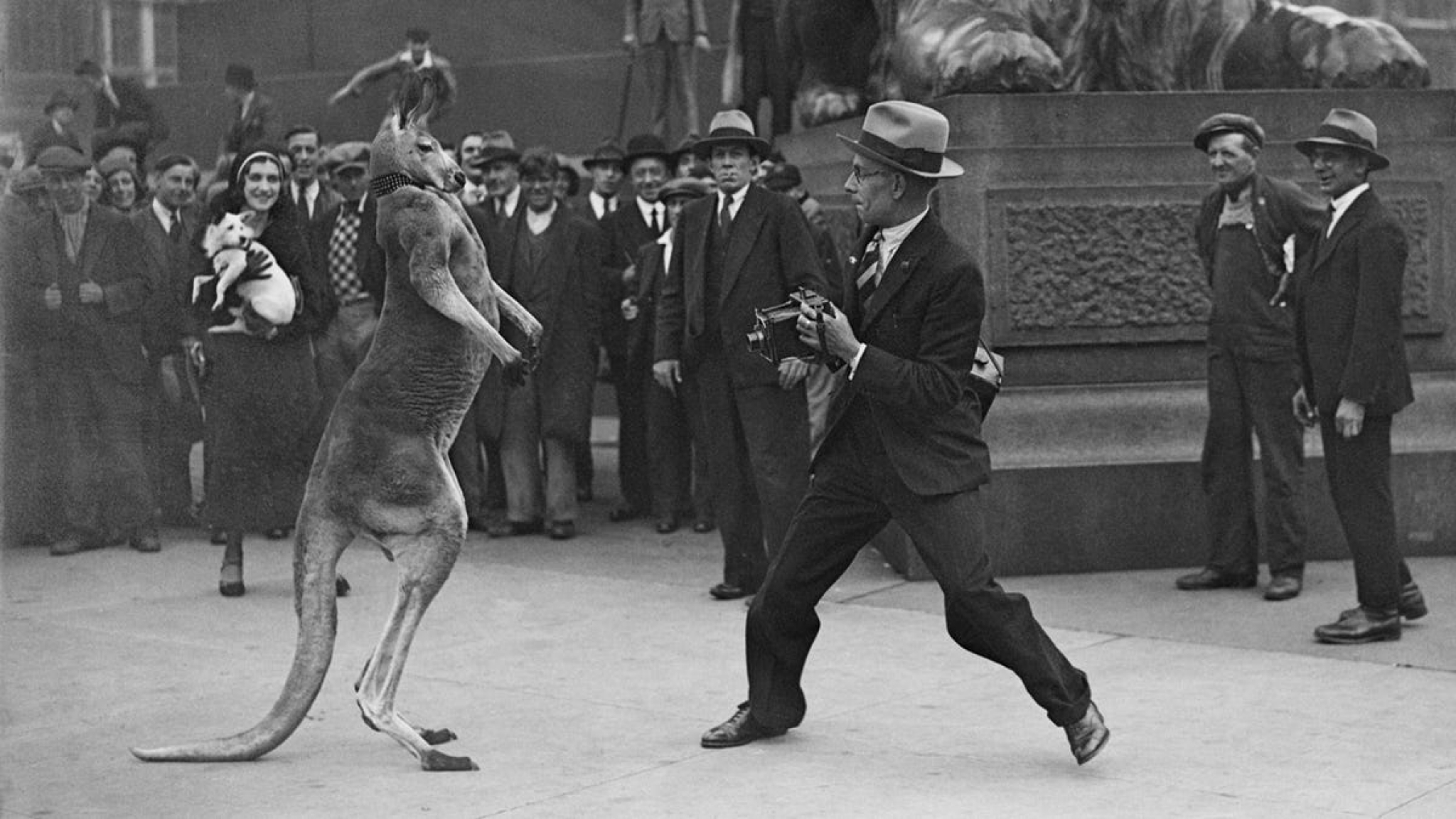 According to a YouGov poll released on Friday, some humans have extremely poor judgment when it comes to determining which animals they could win a one-on-one, unarmed fight against. Namely, they think they can win those fights at all.

All of these people are wrong. The only correct answer is no. The human is a weak fleshy sack of TV dinners and incorrect trivia answers and without the coward’s advantage of a weapon will lose every time. Here’s why.

Grizzly bears don’t want to fight you, because they mostly want to be left alone while they eat plants, berries, fish, insects, and carrion. The biggest ones, depending on the species, also weigh up to 1,700 pounds. You’re fucked.

A lion would pounce on you. Game over. If there is tall grass around you won’t even know how dead you are before it happened.

Elephants are the size of trucks if trucks had big horns on the front and four legs to stomp on you with when they’re done running you over. They can also hurl you around with their prehensile noses. Most importantly, they are much, much smarter than any unarmed human who would choose to fight an elephant.

The gorilla is a gentle giant and would probably never choose to fight you. It could also rip off both your arms and beat you to death with them if you chose to fight it because male gorillas have an estimated strength of around six times that of a human and an arm span of 7.5 to 8.5 feet. Also, they have fangs.

The crocodile would simply bite you with its giant mouth.

Wolves have mouths full of very sharp teeth designed to keep their prey from pulling away from their bite. They are also capable of running 35 to 40 miles per hour in short bursts and have wicked-fast reflexes. The wolf wins, no exceptions.

Kangaroos should be far higher on this list. They have giant claws on their high legs that can easily disembowel a human and their kicks could potentially shatter bones. Pretty sure it could cold clock you in the face with its front legs too. The only way a kangaroo will not kick your ass is if it chooses not to for some reason.

Chimpanzees can be extremely aggressive. Lead biologist Frans de Waal of the Yerkes National Primate Research Center told Scientific American their strength is “utterly incomprehensible” to a human, with males having arm strength up to five times that of a human as well as large canine teeth. They can also climb trees and stuff and then jump on you. They know how to use simple tools and are not going to respect the no-weapons terms of the fight. Chimpanzees invented war a long, long time before humans did and have been perfecting it ever since.

Whether or not you manage to fight it off, you will still lose within about 15 minutes or so, because its bite is extremely venomous in large quantities.

The eagle can fly, meaning it can swoop down at your eyes and blind you with its razor-sharp claws. It will continue to have an impeccable sense of vision while doing so. Also, I assume its beak is very sharp.

This is the same level of danger as a large dog, except the dog would win a less impressive welterweight belt when it was finished with you.

Do not underestimate a hostile goose. Just trust me on this.

Uh, they’re tiny little jaguars that could kill you at any time, but simply choose not to because it’s easier to have you open the tin cans of food for them. Cats also know every one of your weaknesses and will ruthlessly exploit them. They kill two billion animals a year in Australia alone and you will be one of them.

While rats may have been unfairly blamed for the Black Plague, I still wouldn’t take your chances.