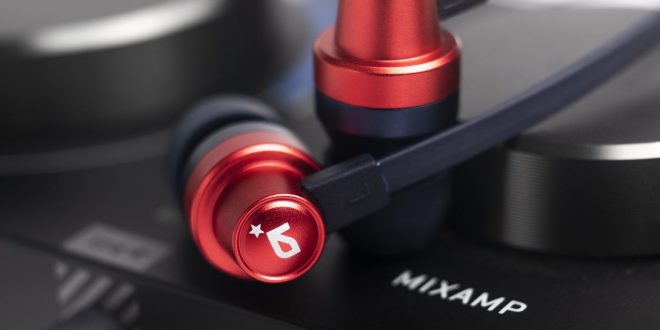 Astro is debuting its first set of in-ear headphones, the A03. It’s an unexpected step for the company, which traditionally makes over-ear gaming headsets, like the new A20 Gen 2 and the mainstay A40. They’re $49.99, so while not the most affordable wired option, it’s a reasonable price considering they offer punchy sound, and a snug fit with three sets of silicon tips included, each of which provide quality sound isolation. And if you want to use them to listen to music, or stay on the phone, while you game with an over-ear headset, the A03 has a flat cable to sit comfortably between your skin and the ear cup.

The A03 plugs in via 3.5mm, so another perk is that it’s compatible with every current platform, like the PC, PS4, Xbox One, the Nintendo Switch and Switch Lite, as well as Android and iOS devices — assuming you have a dongle to convert from USB-C or Lightning to 3.5mm. It’s also compatible with the Xbox Series X and S controllers, as well as the PS5’s DualSense controller. As for inline controls and microphone support, the A03’s plug is built for the CTIA standard. And while that means the microphone will work with mobile and on the likes of the Switch and first-party Xbox One and PS4 controllers, Astro says the inline buttons won’t be functional.

Astro says each of the A03’s earbuds houses two drivers: one focused on the bass and lows, and another targeting the mids and highs. The company says the dual driver setup in each bud “delivers a powerful audio experience with a rich soundscape, revealing every detail of game environments and clearly separating voice chat.”

Interestingly, these look very similar to Logitech’s $49.99 G333 in-ear headphones that are certified for use with the Oculus Quest 2 VR headset. The aluminum housing that contains the drivers and the flat cable is a match. This is strange, but it’s not a complete shock since Logitech owns Astro.

In terms of differences, the A03 has an in-line microphone, a soft case for storage, and comes in two different colors; purple buds with a white cable or red buds with a navy-colored cable. Since the A03 wasn’t made expressly for VR, it doesn’t come with the Velcro ties to shorten the cable, like the G333 does, though there’s no reason why you wouldn’t be able to use these.

It makes sense to offer something more compact like this to gamers, who normally have to leave their big headsets at home when it’s time to hit the road. If you’re looking for a new set of in-ear headphones that were made for making your games sound good, these might be worth considering.