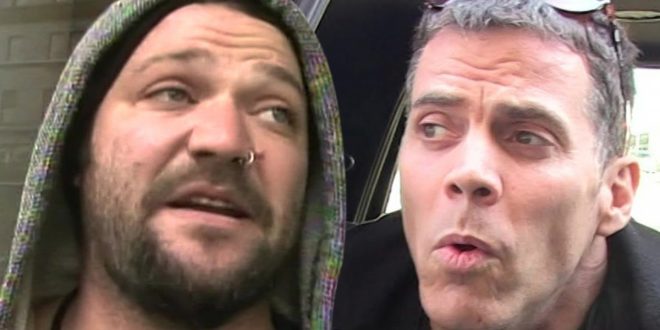 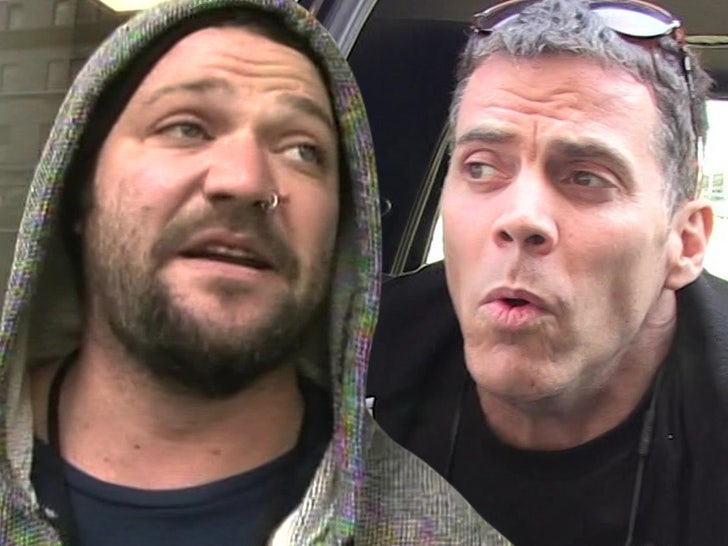 Bam Margera says his “Jackass” family betrayed, abandoned and rejected him … so now he’s on his own in Florida, where he says he’s getting the help he needs.

Bam, as we first reported, was axed from the upcoming ‘Jackass 4,’ and says Johnny and Jeff “strung me along like a puppet” before a messy exit. 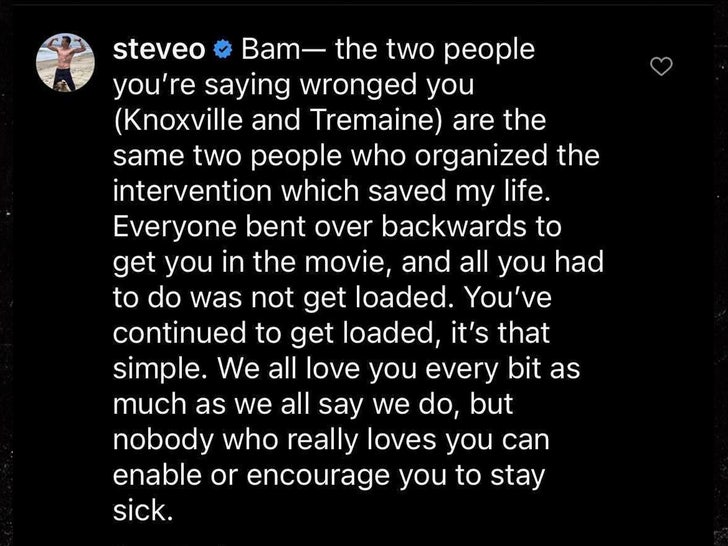 Steve-O is trying to get through to Bam, though … he says Johnny and Jeff bent over backward to get Bam in the movie and all Bam needed to do was “not get loaded,” but couldn’t stay sober.

As we first told you … Bam says his most recent rehab stint made his life much worse and he felt like he was going to die from an overdose or suicide.

Now he says he’s getting help from a woman in Florida who’s worked with celebs like AC/DC’s Brian Johnson and Steven Tyler … and it sounds like he thinks it’s working.