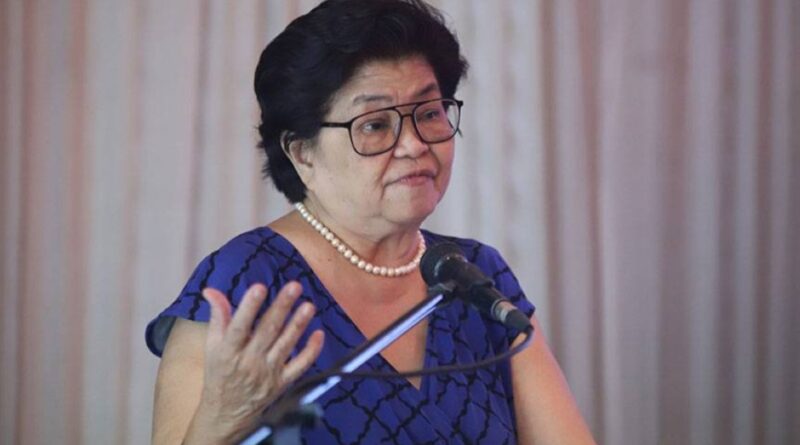 NATIONAL Security Adviser Clarita Carlos said on Saturday that President Ferdinand “Bongbong” Marcos Jr. will recognize the One-China policy, which refers to Taiwan not as a sovereign state but merely a province of China.

“Now, we are subscribing to what we call a One-China policy which means there’s only one China and Taiwan is its province,” Carlos said in a teleradio interview.

Carlos issued her statement in the wake of the recent Taiwan visit by US House of Representatives Speaker Nancy Pelosi, who vowed unwavering American commitment to the self-ruled island.

Pelosi’s Taiwan visit, the highest level visit by an American official in 25 years, elicited furious reaction from China, with Beijing calling the act a threat to peace and stability in the Taiwan Strait.

“The President has articulated that we will remain steadfast in our One-China Policy. We have many levels of cooperation with China, mostly commercial like their Belt and Road Initiative, let us not abandon those,” Carlos added.

She stressed that Marcos’ stand was that both China and America were allies of the Philippines.

“One major consideration is that as President Bongbong said, China is our partner and friend, on the one hand, America is also our friend. We cannot choose either or, it doesn’t work that way. Our interest is to get whatever benefits we can from our relations with China and the United States and both countries, I think, did respect our decision regarding that,” said Carlos, a former University of the Philippines professor.

Carlos also cited the importance of protecting the over 145,000 Filipino workers in Taiwan, mostly employed in the manufacturing industry.

“We have to protect them. That is why we have what we call MECO (Manila Economic and Cultural Office) because they are the ones in charge of the consular requirements of the 145,000 Filipino workers there,” she said.

“So, we have a stake there, that Taiwan being in a stable political and military condition and no factor should disrupt that situation,” Carlos added.

Carlos said escalation of conflict will hurt both China and Taiwan economically.

“They are major partners, they exchange millions of goods, and a lot of Taiwanese businessmen are investing in China and vice versa. So, as you can see they have a very close relationship and I think that is the one that will suffer,” she said.

Despite the tension resulting from Pelosi’s Taiwan visit, Carlos believes a direct confrontation between the US and China would be unlikely.

She said that the Philippines must continue its positive engagement with the US and China.

“The President has declared repeatedly that we will engage critically and constructively with both China and the US. We really have to make a fine calibration of our relationship with these two political countries.”