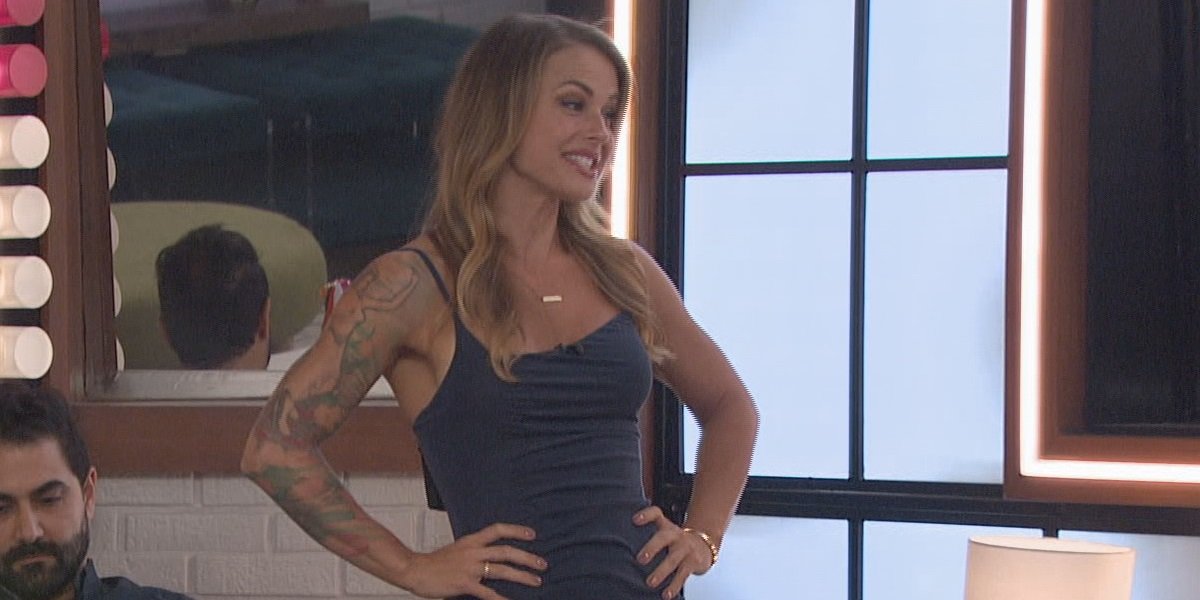 Warning! The following contains spoilers from the Big Brother All-Stars live feeds as of Friday, September 4. Read at your own risk!

Big Brother All-Stars viewers had a brief moment of hope in the Week 5 Head of Household competition that the majority alliance would have cause to sweat in the coming week, but alas, it wasn’t in the cards. Despite an impressive run by Da’Vonne Rogers in the knockout competition, she ultimately fell to Christmas Abbott. Kind of ironic that her first HOH of Season 22 would fall on a holiday weekend, no?

Christmas is running the house in Week 5, and while she’s not the most connected person in the majority alliance, she’s part of the fold all the same. With that said, let’s get into her nominations for the week, who the target is, and how this week may further play out.

This has to be an especially hard time for Da’Vonne Rogers, who was only one question away from her first HOH in Big Brother history. She ended up losing to Christmas, who “clutched” out a victory for the weak by letting Memphis Garrett and Da’Vonne buzz in first with wrong answers. Christmas told Da’Vonne prior to nominations she wanted her to win a competition, only to put her on the block a few hours later.

No doubt Da’Vonne is going to be a little upset about that over the next couple of days, as the conversation went well enough that she told Kevin Campbell ahead of the picks she didn’t think she would be nominated. Luckily, Kevin kind of clued her in that her name was going to be called, so that may have made it sting just a bit less. Still, it’s never a good situation to be on the block, especially next to your primary alliance member.

This is a nomination that Bayleigh Dayton seemingly saw coming, but not until Christmas Abbott secured that HOH. She was in a down mood ever since that started, and has been bouncing between sadness and damage control trying to figure out a way around a potential upcoming elimination.

Truth be told, Bayleigh wasn’t a target prior to the week starting. Unfortunately, Bayleigh told Cody Calafiore ahead of Kaysar’s eviction about his plan to expose the alliances in the eviction speech but tried to pin it on Ian Terry. It was a move that only put her in the spotlight, and potentially in more danger.

Who Is The Actual Target?

The plan can change a lot before Thursday with these nominations, but it seems clear that Christmas Abbott would rather Da’Vonne Rogers stay over Bayleigh Dayton. Christmas sees Bayleigh as a competitive threat to her game but did state to others that both nominations were not that personal. They’re one of the only pair alliances left in the house and the popular choice for nomination by a bulk of the majority alliance. It doesn’t benefit Christmas to makes waves in her alliance, so that’s who went up.

Right now, Dani Briones and Nicole Franzel have expressed interest alongside Christmas in keeping Da’Vonne Rogers. Prior to this week officially starting Enzo Palumbo, Tyler Crispen, and Cody Calafiore said Bayleigh Dayton would be the one they’d keep as someone to start picking off the women of their own alliance. There were whispers of backdooring someone in the house this week as well, but I don’t see that happening even if one of them wins the veto and comes down from the block. The safest move for the majority alliance (to keep the peace in their group) would be to ensure one of these ladies is sent home.

Big Brother All-Stars airs on CBS Sundays, Wednesdays, and Thursdays at 8:00 p.m. ET. Continue to stick with CinemaBlend for all the latest happenings with the season, and in television and movies.