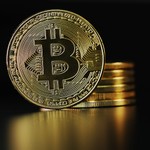 The website was taken down on Friday, but re-emerged Wednesday afternoon. In the meantime, prices have soared. Among the priciest creator coins, one representing Elon Musk is currently trading at $68,000; Katy Perry’s is trading at $17,500 and coins for Kim Kardashian and Justin Bieber are each trading at around $14,500. There are also creator coins set up for almost every major music star — including Ariana Grande, Lady Gaga, Kanye West, Drake and Billie Eilish — as well as public figures from Joe Rogan to Donald Trump.

So far, none of those profiles have been claimed by the celebrities they represent. But they could be. The real person behind a reserved profile can claim it through a verification process, at which point they can also claim a percentage of their creator coins. There is no cap on that percentage, a source said, which for many celebrities could easily translate to millions of dollars. At time of writing, there is close to $30 million locked in Musk’s profile on BitClout.

There is still little information about BitClout, which claims in a white paper to be a “fully open-source project” with “no company behind it,” although its backers are rumored to include big-name venture capital firms.

In the aftermath of the site’s re-emergence, music industry executives convened on the audio chatroom Clubhouse, with one likening BitClout to a “Black Mirror episode.” The biggest questions for now are whether creators will claim their coins — and whether it’s legal for a social network to monetize potential users before they even sign up. “On one side, it looks like copyright infringement lawsuits waiting to happen,” TH3RD BRAIN management firm founder Jake Udell said. “On the other side, who are you going to sue?”