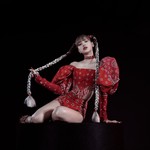 BLACKPINK’s Lisa is the latest member of the K-pop girl group to make her solo debut with her single album Lalisa, which was released on Friday (Sept. 10).

After releasing multiple video teasers, the 24-year-old singer released the two-song project, featuring the title track “Lalisa” and another song titled “Money.” Instrumental versions of both songs are also included in the release.

Lisa is the third member of BLACKPINK to release solo material. Jennie was the first, dropping her single aptly titled “Solo” in 2018. Rosé followed in March 2021, releasing her project -R-, which featured the Billboard Global 200 and Billboard Global Excl. U.S. No. 1 smash “On the Ground” and “Gone.” Jisoo will be the final member of the quartet to make her solo debut, the group’s label YG Entertainment confirmed last year.