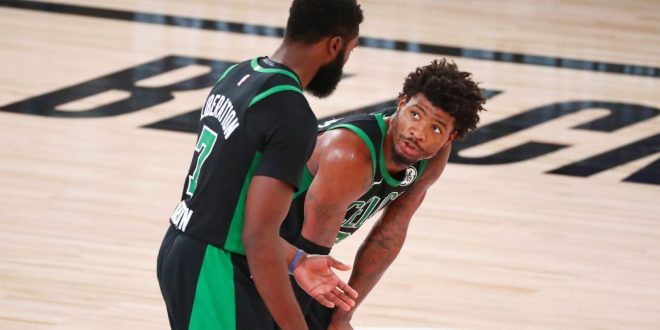 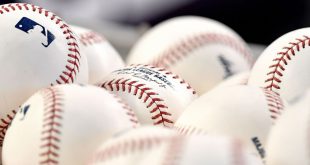 Sources: Teams to ask for checks on sticky stuff 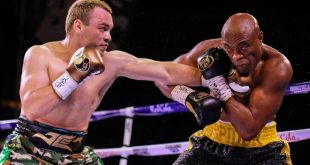 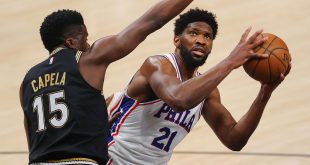 LAKE BUENA VISTA, Fla. — After the Boston Celtics blew a second straight second-half lead and lost 106-101 to the Miami Heat on Thursday night, Celtics guard Marcus Smart was yelling at his teammates in the locker room before leaving the room swearing, according to ESPN’s Malika Andrews.

Smart left the locker room yelling, “Y’all on some bulls—,” according to Andrews, and there were several loud clanks — like someone throwing things — coming from inside it, while several players, beyond just Smart, were yelling.

Though Smart left without speaking to reporters after being requested following Game 2 of the NBA Eastern Conference finals, those who did speak — Celtics coach Brad Stevens, guards Kemba Walker and Jaylen Brown, and forward Jayson Tatum — all tried to downplay the situation.

“We’re not supposed to be happy we’re down 0-2, but nothing out of the ordinary, just talking about the game. It’s cool. Got to get ready for the next one.”

“We didn’t continue to do the things that we did to get us up and get us that lead. I think we got kind of comfortable, and those guys, they took great advantage of it. They played hard. They played really hard. They played a lot harder than us. They wanted it.”

But even after that, the Celtics managed to stabilize themselves. And after going on a 15-2 run, Boston took a 94-89 lead with 4:25 left when Walker buried a 3-pointer, and it appeared the Celtics might be able to survive their disastrous third quarter.

Only just when it seemed the Celtics had things squared away, they quickly fell apart again. Miami closed the game with a 17-7 run, including nine straight to go from trailing by two to leading by seven with just over a minute to play.

And while the Celtics managed to get back to within shouting distance thanks to back-to-back 3-pointers by Brown, his potential tying triple from the corner in front of Miami’s bench with 15.1 seconds left was long, and Jimmy Butler hit a pair of free throws to ice the game for the Heat.

“We just haven’t executed it to the extent that we know we can. Two games, we came up short towards the end of the game, and we’re looking forward to Game 3. We’ve gotta find a way to win.”

The Celtics struggled mightily against Miami’s zone defense in the second half, going 5-for-15 from the field and committing five turnovers. Boston had similar issues throughout its seven-game Eastern Conference semifinals series against the Toronto Raptors, one it only barely managed to survive after kicking away a couple of games it arguably should have won.

Now, after doing so in the first two games of this series, the Celtics find themselves two games away from elimination against a Miami team that is 10-1 in the playoffs. To add insult to injury, Butler himself said after the game that the Heat don’t have as much talent as this Boston team — an advantage that should only edge further in Boston’s favor if forward Gordon Hayward, who was upgraded to doubtful before missing Game 2, is able to return either in Game 3 on Saturday night or Game 4 on Wednesday.

“That’s what [defense is] about, winning championships,” Butler said.

“That’s how we’re going to win. We have to make it a tougher game. We have to get it out of the mud, as we say, because on a talent level, I think Boston has an edge.”

So far, whether it’s being out-toughed or out-executed, Boston hasn’t been able to play at a sustained level for an entire game. And, because of that, the Celtics find themselves in a two-loss hole in this series.

“We just haven’t played a full 48 minutes of being locked in and executing the game plan,” Brown said. “I feel like maybe about 75 percent, we played really well. It’s always one quarter or one sequence of events where we have lapses, and against this team, we can’t have those.