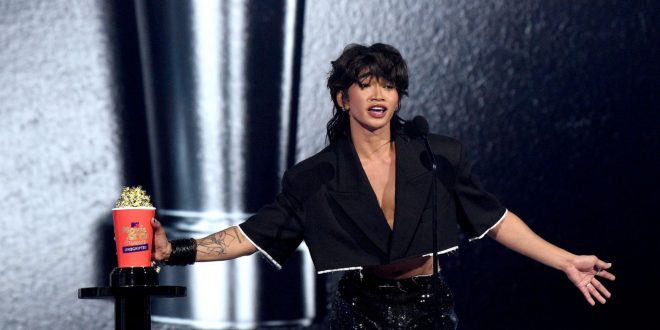 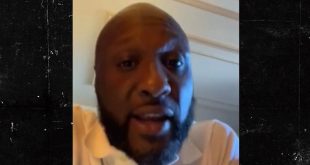 “I will always understand the assignment.”

That’s what Bretman Rock wrote on Instagram accompanying some striking photos of himself walking the red carpet ahead of the first-ever MTV Movie & TV Awards: Unscripted on Monday night (May 17). Need proof? How about the very first words we offered when he walked onstage to accept his award:

“Hey guys, I’ve never prepared a speech before,” he began, “so what I’m about to say is… unscripted, or whatever.”

As a beauty influencer, a web series star, and more, Rock understands what it takes to break through and make his presence known. The sight of his 16 million Instagram followers and 8.4 YouTuber subscribers speak for itself. But at the Unscripted special, he was the one in front of the microphone holding the Golden Popcorn, which he accepted as Breakthrough Social Star. As such, he was the one speaking.

“I would like to thank everyone that watched me grow up on the internet. It’s probably the most traumatizing [thing] I’ve ever done in my entire life,” Rock said, right after Olivia Rodrigo’s “Deja Vu” played him onstage. “But it’s all worth it because I’m here onstage accepting this award.”

“This award is for all the Asian Americans who [believe] in me, all the Pacific Islanders, and most importantly, this is for all the LGBTQ community,” Rock concluded.