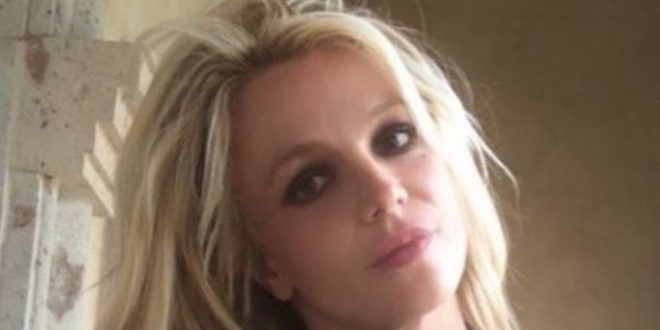 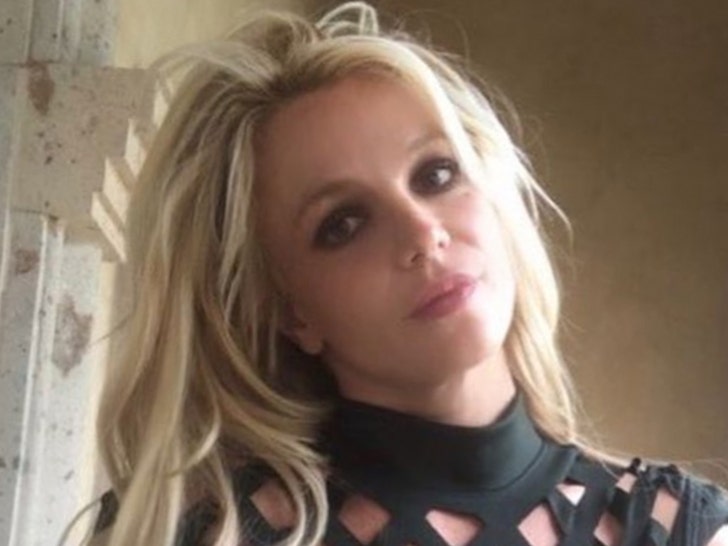 5:41 PM PT — Britney is thanking her fans for supporting her, and she’s joining the movement … because she just posted #FreeBritney on her social media.

The hashtag is on Britney’s latest post, a video of her riding horseback and doing cartwheels in what she says is a celebration.

Britney says she’s feeling thankful and blessed for all the fan support … adding, “You have no idea what it means to me be supported by such awesome fans.”

Her boyfriend, Sam Asghari, also left a supportive comment … saying, “Internet is about to explode #freebritney.”

3:39 PM PT — Britney addressed the court by phone during the hearing, and repeated her desire to end the conservatorship. She claimed her father, Jamie Spears, and others involved in the conservatorship had threatened her, and added … “There should be no threats to me at all, ever. I have serious abandonment issues.”

At times she seemed to ramble about other horrible things that have happened to her — claiming “they” took away her hair vitamins, her coffee, and her car keys after she got a traffic ticket. It was hard to tell the timing of those events. She also broke down in tears, saying she wanted Jamie removed from the conservatorship today and requested her father be investigated for “conservator abuse.” 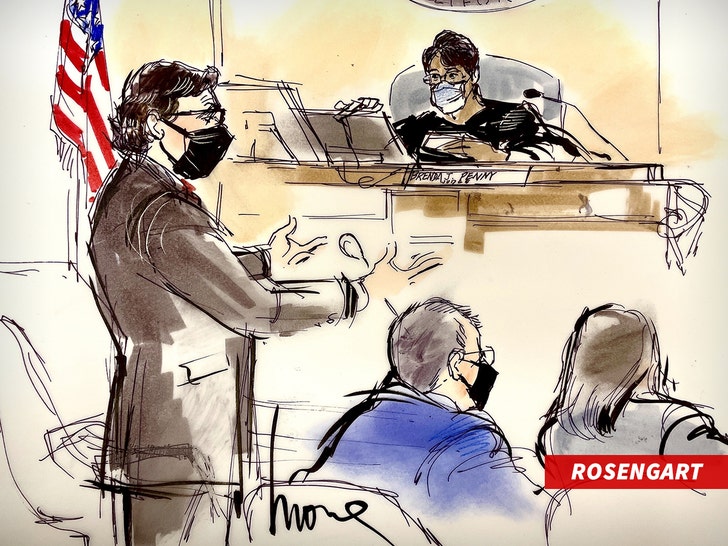 Britney’s brand new attorney, Rosengart, was in the courtroom and said if Jamie loved his daughter, “he would resign today.”

Britney made a point of saying she’s fine with Jodi Montgomery remaining her personal conservator. 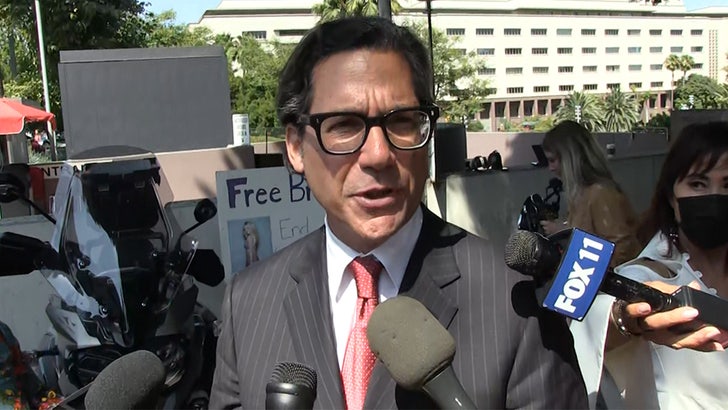 Jamie’s attorney reiterated his belief that Montgomery is responsible for several of the things Britney complained about during her previous testimony … like her desire to remove the IUD and get married. 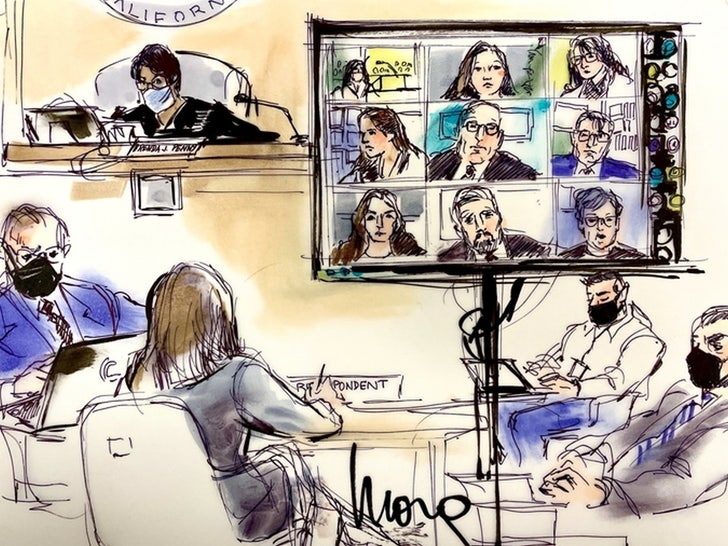 So, for those keeping score — the judge approved the resignation of Sam Ingham, Brit’s previous attorney, and ditto for Besemer Trust quitting as co-conservator of the estate. That leaves Jamie as sole conservator of her estate, Jodi as her personal conservator … and Rosengart as Britney’s new attorney.

3:04 PM PT — Score one for Britney. The judge ruled she can hire Mathew Rosengart to represent her in the conservatorship.

1:43 PM PT — The courtroom is now closed, and hearing has started. Check back here — we will have updates as soon as they take a break or the hearing ends. There’s really no telling how long the proceedings will last.

Britney Spears is hoping it’s “out with the old and in with the new” in her conservatorship — a new hearing in the case is going down, and her new hand-picked attorney will have the spotlight.

The judge in Brit’s conservatorship will hear arguments Wednesday in downtown L.A. on several issues — the most important one to Britney — is who will be her attorney going forward. 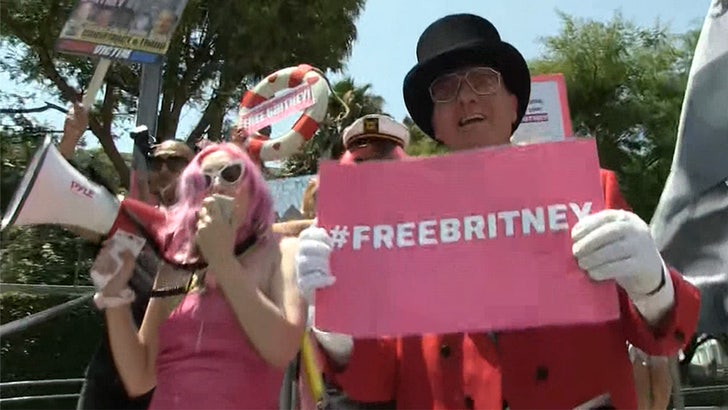 Like we first told you … Britney’s longtime lawyer, Sam Ingham, filed paperwork seeking to get out of the case, and she’s already decided she wants former federal prosecutor Mathew Rosengart to be her new attorney.

this publication broke the story … Britney wants to hire Rosengart, of Greenberg Traurig, LLP, and he’s expected to make an appearance before the judge to make his pitch for getting the job. We’re told he’ll argue she has a right to choose her own attorney on her own accord, without her father, Jamie, getting in the way as conservator of her estate.

Keep in mind, Jamie’s probably a bit conflicted because Rosengart will likely seek to remove Jamie as conservator of Britney’s estate.

We’re told his plan is to explain how Britney has a constitutional right to Due Process … which includes being able to select counsel of her choice. That certainly exists in a criminal case, and it’s likely Rosengart will argue that the conservatorship is similar to a criminal case because it deprives Britney of her personal liberty.

Remember … the last hearing had all kinds of fireworks … as Britney testified before the judge — accusing her family of using her and controlling her life via the conservatorship, including allegedly forcing her to tour.

She claims she hasn’t been able to get married or have any further kids — which she apparently wants with Sam Asghari — and made it clear … she wants to be done with the conservatorship.. 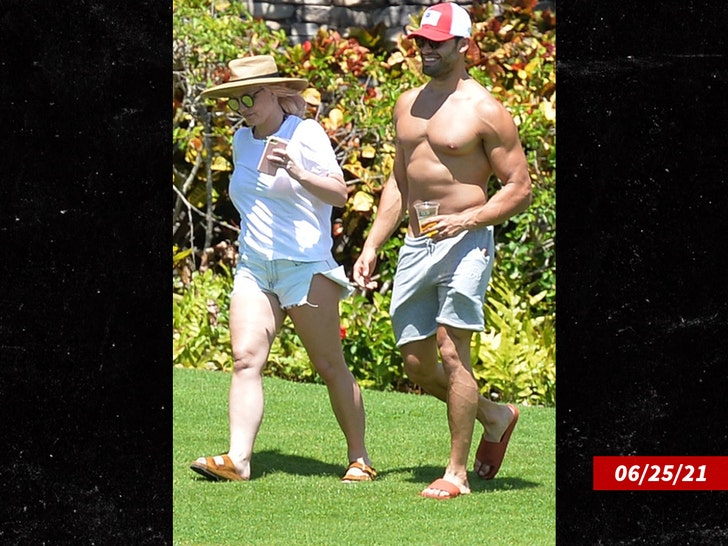 We’re monitoring the proceedings as they go on, plus the commotion outside — as there are #FreeBritney protestors who’ve gathered, like they have done for months now. There are also protestors gathered in D.C. 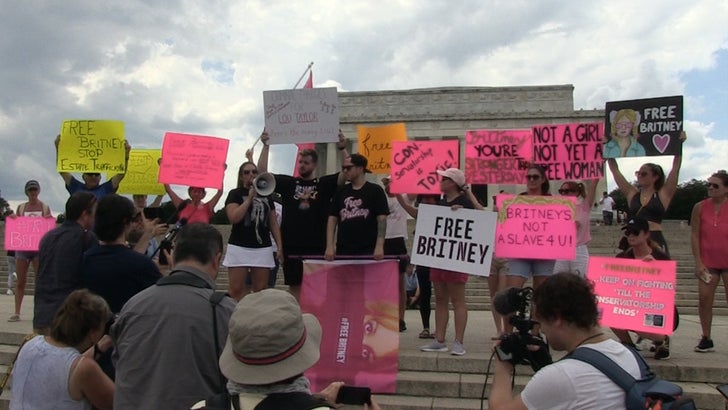