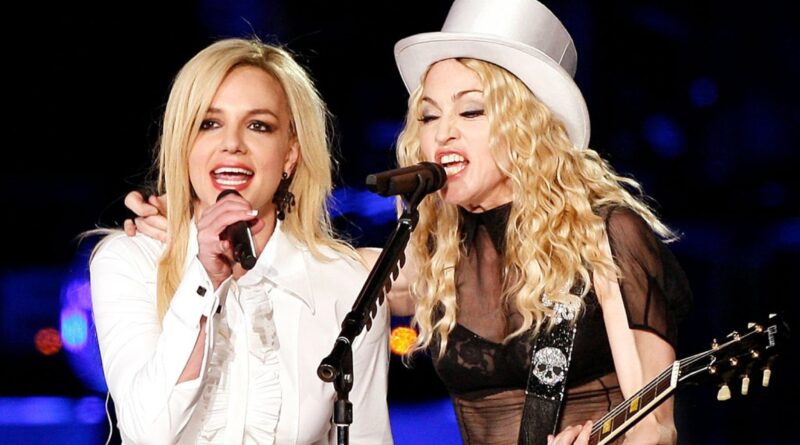 Spears is seen getting close to Madonna for some “Like a Virgin” fun in a new video from her wedding reception.

In a new clip shared on social media on Saturday (June 11), Spears gave fans one more glimpse at what it was like to celebrate with her famous friends, courtesy of another clip featuring Madonna.

Spears is seen smooching and dancing with her husband, showing off her wedding gown and getting close to Madonna for a little “Like a Virgin” fun in a series of wedding reception videos posted this weekend.

Spears and Asghari tied the knot on Thursday (June 9), eight months after they announced their engagement. The pair met in 2016 on the set of the singer’s “Slumber Party” video.

“LIVING IS GIVING … pssss don’t worry I had my first diamond thong underneath my jacket … hope I didn’t offend anyone,” the pop star captioned the latest post from her wedding celebration, where at some point in the night she’d also recreated her legendary kiss with Madonna from the 2003 MTV VMAs.

In another cute video that had already circulated after the nuptials, Spears, Madonna, Paris Hilton, Selena Gomez, Drew Barrymore and Donatella Versace were seen singing along to another Madonna’s classic, “Vogue.”

Check out the “Like a Virgin” moment, which happens about 23 seconds into the clip below.