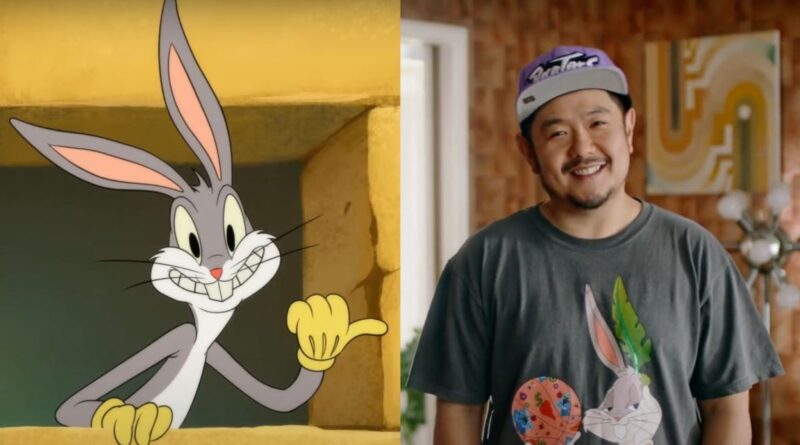 It’s a big deal for Bugs Bunny, but it’s also a big deal for Bauza, who was recognized for his work as not just Bugs but also Marvin the Martian, Daffy Duck (animation fun fact: Joe Alaskey won an Emmy in 2004 for voicing Daffy Duck in Duck Dodgers), and Tweety in the Looney Tunes Cartoons series on HBO Max.

“Mel Blanc.” Eric Bauza started off his speech by honoring the man of 1,000 voices, Mel Blanc—the O.G. Bugs Bunny as well as Daffy Duck, Porky Pig, and more on the original Looney Tunes Merrie Melodies shorts during the Golden Age of Animation. “If it wasn’t for Mel Blanc I would not be standing here right now,” Bauza continued. “He created such larger than life characters that 80 years later we’re here talking about [them].” He also paid respect to fellow nominees like Tom Kenny (SpongeBob) and Mark Hamill (Skeletor), who he grew up on, and closed with a nod to the Looney Tunes voice legacy carried over the years. “If you count the 80 years, you gotta count the 40 past Mel,” he said, and paid homage to fellow voice actors Jeff Bergman (Bugs Bunny, Sylvester), Bob Bergen (Porky Pig, Tweety), Fred Tatasciore (Taz, Yosemite Sam), and Candi Milo (Granny, Witch Hazel).

This is Bugs Bunny’s first proper award win since Warner Bros.’ various Oscar-winning shorts, including the Bugs-led Knighty Knight Bugs in 1958. As far as the Emmys go, a decade ago The Looney Tunes Show was nominated for Bob Bergen and Kristen Wiig’s performances as Porky and Lola, respectively. Bauza currently provides voices on the Looney Tunes Cartoons and Bugs Bunny Builders; additionally he is spotlighting the power of animation in his show Stay Tooned, where he highlights diversity behind the mic alongside his peers and icons.

Like many shows on HBO Max right now, the future of the current Looney Tunes Cartoons era isn’t entirely certain. But Bauza’s win marks the first time a voice performer is being honored for voicing essentially a character synonymous with and as big as Warner Bros. itself.