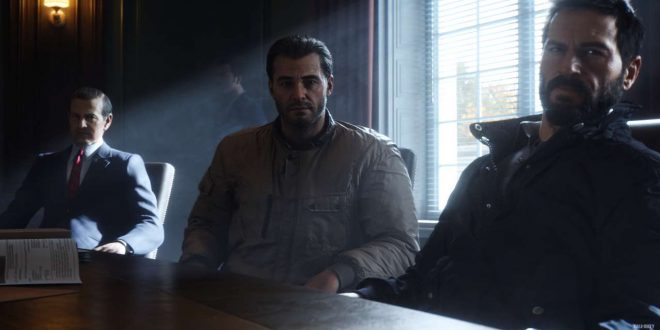 Call Of Duty: Black Ops Actor Speaks Up About His Role Being Recast

Call of Duty: Black Ops Cold War will bring back many of the series’ previous characters, including Alex Mason and Frank Woods–but the parts have been recast. Now, the actor behind Frank Woods in previous Black Ops games has opened up at his disappointment at the recasting.

In a lengthy video, Burns opens up about how it feels to see someone else playing his character. Although he’s diplomatic about the new actor (who has not been publicly named), he’s also clearly disappointed.

In an excerpt posted to Reddit (and picked up on by Eurogamer), Burns talks about how his previous performances, and his knowledge of the character’s backstory, would have informed his performance.

“I’m sure the story’s going to be f***ing brilliant,” Burns says, but thinks it could have been even better with him attached. “I’ve got 80000 pounds of weight to bring to this thing. And not a knock at whoever they got in there, but he doesn’t have the background I have with Woods. I got 11 years with this guy, man.”

“Not that this guy’s not gonna do a great job…but I would have f***ing crushed this thing.” he continues. “I wish I had a shot at it.”

The decision may stem from the fact that, while Frank Woods has been a character across multiple Black Ops and Call of Duty titles, Cold War is specifically a sequel to the first Black Ops game–so that sense of character history might confuse things rather than inform them. But then, considering how strange the plots can get in the Black Ops series, it’s hard to say what the case will be.

GameSpot may get a commission from retail offers.

Got a news tip or want to contact us directly? Email news@gamespot.com