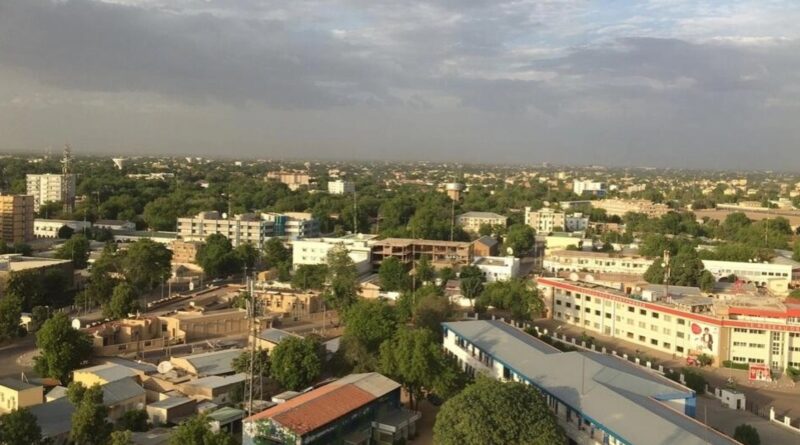 After more than five months of talks, 42 rebel groups signed an agreement with the ruling junta in the Qatari capital Doha on Monday. The ceremony was attended by the leader of the junta, Mahamat Idriss Deby Itno, who promised not to relent in his efforts to obtain peace. “I am firmly committed to implementing the conclusions of this agreement to repair the cracks of the past and offer a future of hope to the children of this country,” Itno said.

Under the deal, the Transitional Military Council and hundreds of opposition representatives will launch a national peace dialogue in the capital, N’Djamena, on August 20. Rebel representatives would be granted safe conduct and armed protection.

In an exclusive interview on Tuesday with DW, interim Foreign Minister Cherif Mahamat Zene spoke of a “historic” agreement. He added that its success depended on the agreed-upon program’s implementation to disarm the rebels. “For this to work, we will need significant financial help from the international community,” he cautioned.

The United Nations, the African Union, and the European Union urged the junta in power and the opposition to seize the opportunity presented by the agreement to stabilize the country.

Chad is considered key to international efforts to stamp out Islamic extremists in the Sahel region. It boasts one of the battle-hardened military outfits in the region, which are part of the G5 Sahel Joint Force, fighting Jihadist extremist groups, such as Boko Haram, and the so-called Islamic State West Africa Province (ISWAP).

But several rebel groups, including the largest, Front for Change and Concord in Chad (FACT), refused to sign the deal. Their absence dented hopes for a quick peace and raised fears of a return to violence.

FACT is believed to be behind the death in combat in April 2021 of previous President Idriss Deby, father to the current President Mahamat Idriss Deby Itnno. The movement’s leader Mahamat Ali Mahadi said that the junta-led government did not meet the group’s demand for increased safety guarantees and more than 300 fighters being released from government prisons.

“In our view, the agreement is an empty shell,” Mahadi said, accusing the junta of a “clear desire to sideline FACT. “There was nothing sincere about it [the agreement],” Mahamat told DW.

Foreign Minister Zene rejected the accusations. He stressed that the interim executive met more than 95% of the demands made by the politico-military groups and by politicians in the country.

According to him, FACT was acting in bad faith. “I think our suspicions were confirmed that some came [to Doha] only to have a stage for their demands and to prove that they could disrupt and threaten proceedings.”

Though rich in oil, Chad is one of the world’s poorest countries. According to the African Development Bank, the poverty rate, which stood at 42% in 2018, was probably aggravated by the COVID-19 pandemic.

The country faces major threats from climate change, which the World Bank says has led to accelerated desertification and the shrinking of Lake Chad.

Chad has also endured repeated violence and unrest since independence from France in 1960. Frustration accumulated in 30 years of rule by the late Idriss Deby led to rebel uprisings in the Sahel nation that borders Cameroon, the Central African Republic, Libya, Niger, Nigeria, and Sudan. Unrest in those neighboring countries has seen Chadian rebel forces seeking refuge across the border.

Saleh Kebzabo, a former opposition leader in charge of organizing the national reconciliation forum, appealed for the non-signatories to show patriotism.

Junta leader Deby promised a national dialogue and elections within 18 months after seizing power, a period that is rapidly winding down. Deby has also refused to preclude himself from running for the presidency, as demanded by the rebels. However, the military junta insists that this can only be decided in the national dialogue talks.

Political analyst Evariste Ngarlem Tolde said he was disappointed by the deal. “It is a meaningless agreement because the politico-military with men on the ground have not signed it. There is no guarantee that hostilities will not resume in the days or months to come,” he told DW.

Foreign Minister Zene said it would not be wise for non-signatory groups to attempt to “disrupt a dialogue desired by all Chadians,” adding that the executive would not hesitate to take all measures necessary to keep this from happening.

Minister Zene said that the door would remain open to anyone who wanted to join the national reconciliation dialogue–recalling that Chad has had more than its share of fratricidal conflicts. “Peace is priceless. War never solved anything.”

Blaise Dariustone and Frejus Quenum contributed to this article.