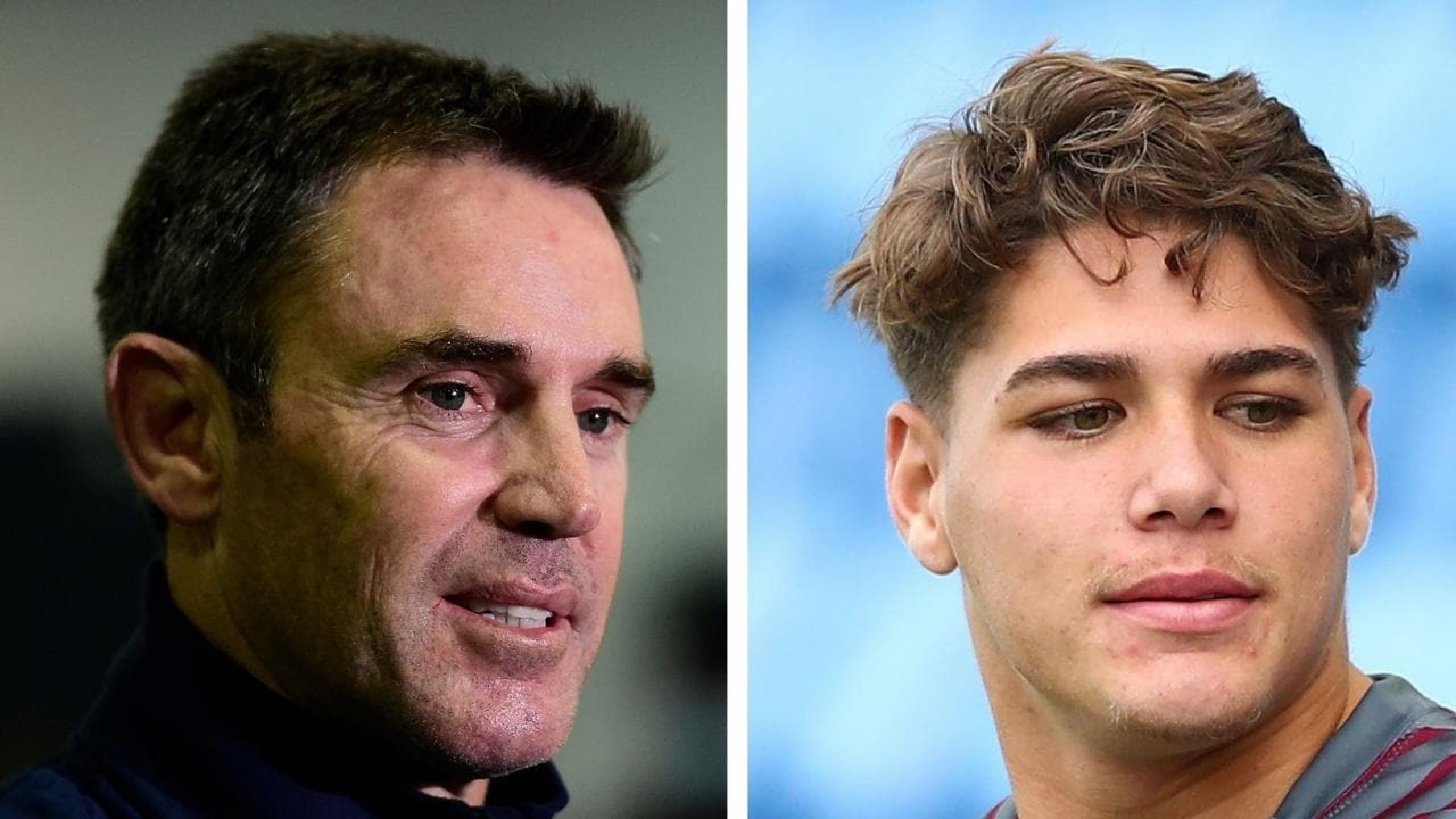 NSW have done very well since their 50-6 win over Queensland to say as little as possible, but that may just have changed thanks to Blues coach Brad Fittler.

Since the thrashing in Townsville, Queensland have been clutching at anything to instil the fire that was so absent in State of Origin game 1.

Last year, the side sank their teeth into the comments that the 2020 Maroons were the “worst Queensland team in history”, riding it all the way to a 2-1 win.

This season, Queensland have been clinging to the image of Jerome Luai standing over Felise Kaufusi but it doesn’t have quite the same impact.

However, Fittler’s latest words could do the trick.

It comes after New Zealand Warriors 18-year-old Reece Walsh was named at fullback for the Maroons, with the youngster’s debut seemingly the biggest question heading into game 2.

In his seven first grade games, Walsh has announced himself as a star but not everyone was thrilled with his call up.

Warriors consultant and league great Phil Gould slammed the decision for the Maroons to “throw the kid to the wolves” by calling him in after such a shellacking.

“We wish him well. No one at the Warriors club was denying him the opportunity if it came for him. Everyone was just worried about his wellbeing and whether or not it was the right thing to bring him into a team, particularly this Queensland team at the moment,” Gould said on 100% Footy on Monday.

“Maybe back in the day when they had Cameron Smith and Cooper Cronk and Billy Slater and Johnathon Thurston and a tough forward pack and they were actually on a roll, it’d be a good time to bring him into camp and let him see Origin football from the inside out and maybe after a year or so give him a blooding into the Queensland side.

“But to bring him into a team that was beaten 50-6 in Game One I think is a disgraceful decision by the Queensland selectors. To be asking an 18-year-old to come in and solve this problem is not fair on the kid.”

But while the Blues have stayed quiet, saying they haven’t won anything with the massive game one win, Fittler fired a shot around accusations Walsh stays down to milk penalties.

Before game one, there was plenty of discussion about the “gentlemen’s agreement” put forward by Queensland skipper Daly Cherry-Evans.

Fittler said he hopes the Maroons’ latest recruit will live up to his captain’s words.

Asked on Nine News if diving was a bad look for the game, Fittler said: “It is, especially at this level. Daly Cherry-Evans came out and responsibly spoke about the gentlemen’s agreement and we hope it extends to this game as well.

“The one thing he (Walsh) will be coming to grips with is this is another level of interest around the game and hopefully he’s read DCE’s gentlemen’s agreement. He’s playing with the big boys now and that’s the way it should be played in Origin.

“(Diving) is (a bad look), and especially at this level. I think going into the last game Daly Cherry-Evans spoke about the gentlemen’s agreement, we just hope that extends to this game as well.”