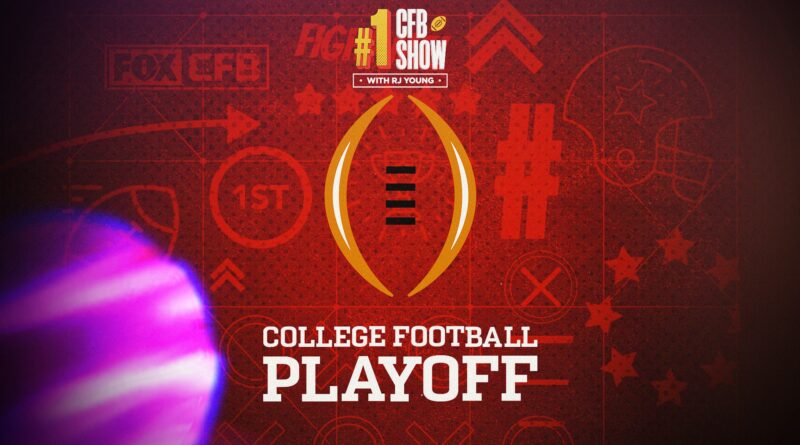 There is a new team sitting atop the College Football Playoff rankings, and it’s a very familiar face: The defending champion Georgia Bulldogs.

The Dawgs were announced as the new No. 1 team when the CFP Committee unveiled its latest rankings on Tuesday. Rounding out the top four were No. 2 Ohio State, No. 3 Michigan and No. 4 TCU. Tennessee, which was No. 1 last week before being dismantled by Georgia on Saturday, dropped to No. 5.

It went pretty much as expected. Perhaps the most surprising thing about Tuesday night’s reveal was that the selection committee dropped a ranking most of us agree with. You might say it was even sensible.

Now that we’re all in agreement, it seems fairly straightforward just who is in contention for one of the four coveted spots in the CFP, and who is not.

CFP Rankings reactions: What to look for ahead

RJ Young shares his thoughts on the top six teams in the CFP rankings and looks at the future matchups that will shift this leaderboard.

Here are my takeaways:

TCU controls its own destiny

If you’re the Horned Frogs, you must be delighted by the CFP selection committee recognizing your undefeated résumé and handful of ranked wins heading into Week 11.

With just three games left in the regular season, the Horned Frogs control their own destiny. All they have to do is win.

That is the best you can hope for in the age of the CFP. With the Horned Frogs playing at No. 18 Texas on Saturday, they’ll have a chance to match Tennessee’s tally with five ranked wins, further strengthening their résumé and perhaps even finding themselves out of the dunker spot — No. 4 to get dunked on by No. 1 — just in time for Selection Sunday should Ohio State and/or Michigan trip and fall.

While it doesn’t seem likely that the Buckeyes and Wolverines will lose before their date on Nov. 26 in Columbus, Ohio, what’s for certain is one of them will lose on that day. And the winner will likely walk into the Big Ten title game as the presumptive favorite.

The Wolverines still have an interesting matchup with No. 21 Illinois on their schedule — perhaps an appetizer for a rematch in the league title game — but it seems certain that if the Buckeyes or Wolverines win their conference’s title, they will be assured a spot in the CFP.

Ohio State and Michigan are on a collision course

RJ Young looks at the CFP rankings and compares No. 2 Ohio State to No. 3 Michigan.

Tennessee is far from out

Tennessee ran into the buzzsaw that is the Georgia defense last Saturday, but their performance did little to convince the committee — or me — that the Volunteers are bad. If anything, that game showed the gap between the defending national champs and the other 131 FBS teams in the sport.

This is also a team that has wins against two of the three best teams in the SEC West — LSU and Alabama.

If the Vols can run through what remains of their schedule without a loss, it’s conceivable to believe they could earn the chance to avenge their loss to UGA in the CFP, even without an appearance in their conference’s title game.

A 46-point loss is hard to overcome, but the Ducks just might. They need three of the four teams in front of them to make a mess — perhaps TCU or one of the Big Ten schools — and UCLA/USC to walk into the Pac-12 title game with just one loss. That would make the Ducks’ résumé palatable for the CFP committee, assuming they win out.

However, there’s still No. 25 Washington, No. 13 Utah and a stout Oregon State team left for them to dispatch if their chances to make the CFP are to hold. Like Tennessee, the Ducks would love another chance to avenge their loss to the Bulldogs.

LSU needs carnage and a win against UGA

There has never been a two-loss team selected to the CFP. But as the top team in the SEC West, the LSU Tigers still could be the first to accomplish that feat.

However, that means beating Georgia in the SEC Championship Game, which would be such a monumental achievement that the committee might not have a choice but to respect LSU’s win against Alabama, overlook the loss to Tennessee, and include the Tigers in the CFP.

With No. 10 Clemson and No. 15 North Carolina — the two highest-ranked teams in the ACC — both having lost to Notre Dame, the ACC’s CFP hopes might be lost.

It’s not just that ND beat the two teams most likely to play in the ACC title game. It’s that ND has losses to 3-6 Stanford and put money in the bag against Marshall.

Even with North Carolina State and Florida State earning a top-25 ranking this week, it’s difficult to believe the ACC is one of the four best conferences in the sport and is likely to see its conference champion left out of the CFP.

Here are the rankings: