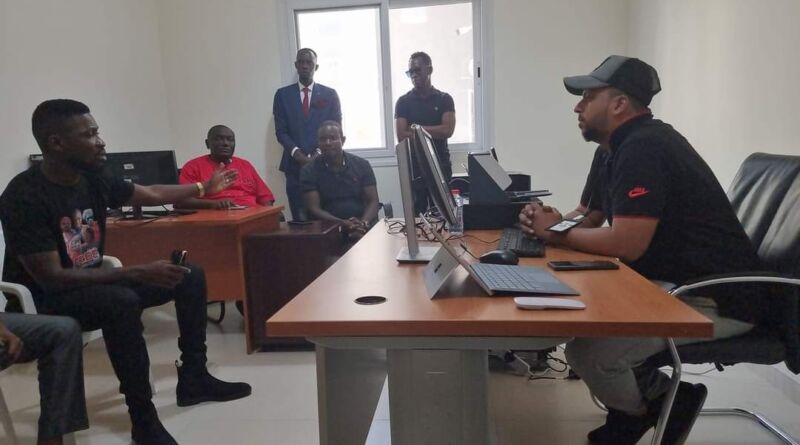 News coming from singer Bobi Wine’s camp has it that the singer-turned-politician has not yet given up on his Dubai Charity concert that was slated for this weekend. Sources from Bobi Wine’s camp have it that the artiste is weighing on other possibilities of having the concert. The concert was aimed at fundraising money to see the Ugandans detained in United Arab Emirates, mainly over issues of overstay returned home.

“After our cancelled charity concert, we visited sisters being held at Al Awir Deportation Jail, Dubai. All they need is a flight home for Approx 200USD(800K UGX). Here alone are 600 African girls (200 Ugandans and 400 other nationalities- away from the other 20 detention centers.” Bobi said.

Kayadondo East Member Of parliament, Hon.Muwada Nkunyingi who is also the shadow minister for foreign affairs reveled that Bobi Wine had made a decision that after the failed efforts of holding a physical concert, he would plan an online concert later.

Bobi Wine after having his concert cancelled decided to visit the prisons in which these people are held and he gave them hope that his team is still working nail and tooth to help them.

According to Bobi Wine, he was detained for several hours on arrival in Dubai where he was questioned on several things “including NUP leadership”.

Unfortunately our Charity Concert in Dubai has been cancelled! The venue owner has been instructed to cancel. The information available shows Ugandan authorities have been working tooth and nail to ensure it doesn't happen! The first attempt was to deny me entry, and now this!

Moments later Bobi wine says he was released to continue into Dubai until he learnt about the cancellation of his concert. The reason for the cancellation remains unclear with Bobi Wine alleging that Ugandan authorities had a hand in this.