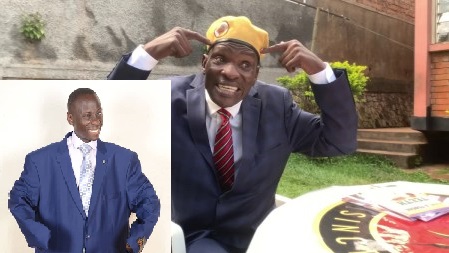 Political analyst Tamale Mirundi has today morning come out to reveal that his own mimic, comedian Kafeero Tobby aka Dr.T was given money to do cadreship for the ruling party; National Resistance Movement(NRM).

While appearing on his weekly program; The Sharp Talk on Tuesday, 22, September 2020, Tamale Mirundi revealed that Dr.T was invited for their mobilizers’ meeting. Mirundi added that his mimic was given a car.

He currently does several programs through out the week analyzing a number of issues that transpire.

We are making efforts to reach out to Dr.T to get his comment on this matter.

He however recently came out and revealed that he has never received any money from NRM but is working on the 7000+ project where he wants the government to enhance youth development by skilling them and availing them with jobs.