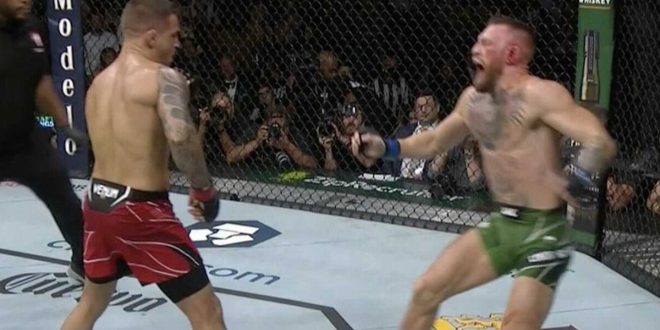 Conor McGregor Breaks Leg, Stretchered Out Of Octagon At UFC 264

Conor McGregor just broke his leg at the end of round 1 of his super fight with Dustin Poirier … and was taken out on a stretcher.

Poirier was declared the winner via doctor’s stoppage.

The fight was absolutely crazy … but with only seconds left in the 1st, Conor attempted to plant his foot and his leg buckled above his left ankle/lower shin area. It was gruesome.

Poirier had to be held back from charging McGregor as CM talked to Joe.

Despite what McGregor said, with a serious injury like this … you have to wonder if we’ll ever see Conor back in the Octagon.

As for Dustin — who was billi strutting around the Octagon — it’s clear even after the win and Conor’s injury, their beef is still very much alive.

Poirier speculated McGregor broke the bone earlier in the fight while throwing a leg kick that DP checked … something Conor denies.

Conor McGregor was carted out of the arena after suffering a leg injury during #UFC264 pic.twitter.com/KDAXLgUPDz

“I hope you will get the belt end of the year” … Eagle wrote.

Floyd Mayweather also took a jab at Conor … Tweeting a photo of a $50K betting slip, writing, “Thanks for getting me paid!” 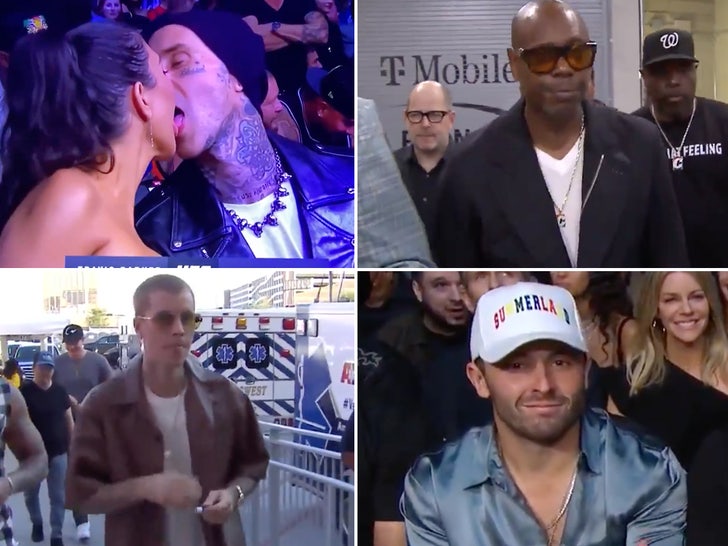 The crowd was almost as electric as the fights … some of the biggest names in Hollywood were in the house — from President Donald Trump, Justin Bieber, Megan Fox, MGK, Kourtney Kardashian and Travis Barker, Kevin Durant and more showing up for the bout.

KK and TB decided to put on a show as everyone got into fight mode — straight-up making out as the camera panned to their area.

Cleveland Browns superstars Baker Mayfield, Austin Hooper and David Njoku also showed face … with the QB sitting right next to UFC legend Chuck Liddell — but yeah, they did NOT follow in Kourt’s footsteps.

#45 made a pretty understated arrival (he wasn’t even shown on TV) — all things considered — walking into the building to a mix of cheers and boos.