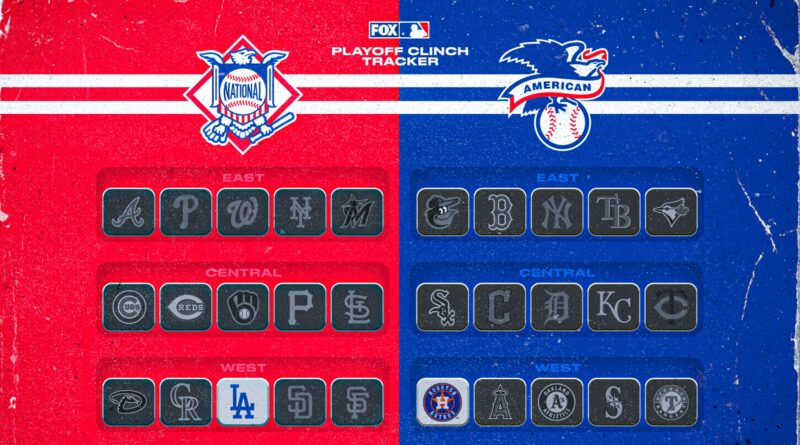 The hunt to play baseball in October is heating up.

There are a handful of MLB division races that could come down to the wire, and each wild-card spot is still up for grabs.

Here’s where the playoff race stands in both leagues through Thursday night.

The Los Angeles Dodgers (99-44) own the best record in the sport and clinched the division title on Tuesday.

The St. Louis Cardinals (85-60) have been one of the hottest teams since the All-Star break and subsequently powered themselves to the top of the NL Central. On the other hand, the Milwaukee Brewers (76-67) are 7.5 games out of first in the division and three games out of the wild card.

The Houston Astros (95-50) have a firm grip on the AL West, clinching a playoff berth on Friday and maintaining a 14-game lead on the Seattle Mariners (80-63). The Mariners are the No. 3 AL wild card.

In a division that has changed all summer, the Cleveland Guardians (77-66) are four games ahead of the Chicago White Sox (74-71). The Minnesota Twins (72-71), who were atop the division throughout the first half, are now five games out of first.