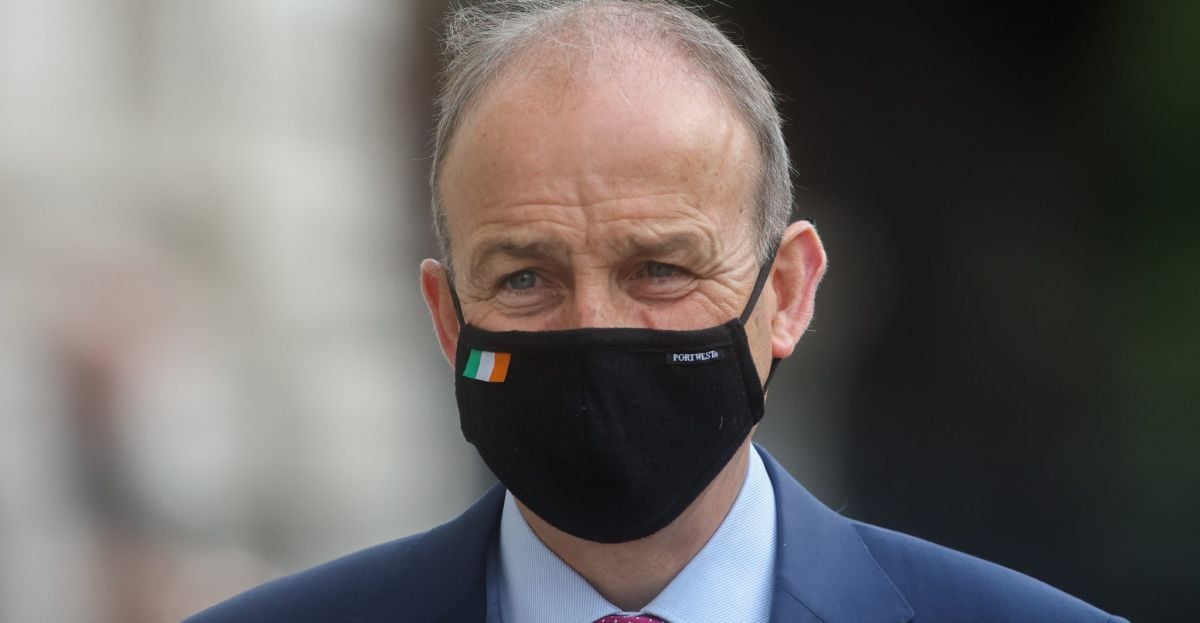 COVID-19: Ireland has not reached peak of Delta wave yet, Taoiseach says

The Taoiseach says Ireland has not yet reached the peak of the Delta wave of coronavirus infections.

He was speaking after health officials confirmed 2,125 news cases of COVID-19 on Saturday – the highest number of cases recorded in 24 hours since January.

Figures released yesterday also showed there were 259 people in hospital with COVID-19, including 54 in ICU.

Taoiseach Micheal Martin is appealing to people to continue to follow the public health guidelines.

He said: “We have not reached the peak of the Delta wave yet, and of course any time the disease is increasing at this rate is a time of concern.

“I’d appeal to people to watch the fundamentals in terms of social distancing, wearing masks indoors in particular, and adhering to the basic guidelines.”

Mr Martin said the current increase in case numbers was anticipated, and a further increase is expected over the next few weeks.

He said vaccination is the key, but noted that many people in younger age groups still aren’t fully vaccinated.

NPHET’s Professor Philip Nolan yesterday said Ireland will see the full effects of the vaccine programme “through August and into September”, and case numbers should “stabilise”.

#VaccinesWork. We have seen extraordinary uptake of vaccination in Ireland, and this is making us safer, but we need to give the vaccines time to work. The message: get your vaccine, get your second dose, and wait the 7-14 days they need to build your immunity. 1/7 pic.twitter.com/giFJ7G5OD6

He noted that while around 84% of people have now received both doses, someone isn’t considered fully vaccinated until 7-14 days after their second dose.

He explained: “Yes, over 90% of adults have had their first dose, and over 80% have completed their vaccination regimen, but only about 75% of adults are two weeks after their final dose; 25% of the adult population not yet fully vaccinated is enough for a large wave of disease.”

Meanwhile, Chief Medical Officer Dr Tony Holohan said the number of COVID-19 patients being admitted to hospital had “reached a level not seen since mid-February”.

He said the situation is of “significant concern”, and increasing pressure on both frontline healthcare services and non-COVID care.

He urged anyone who is unvaccinated to come forward for a vaccine “as soon as possible”.

Amid the high case numbers, the Government’s continuing to work on a roadmap for the easing of remaining restrictions.

The roadmap’s set to be published on August 31st.