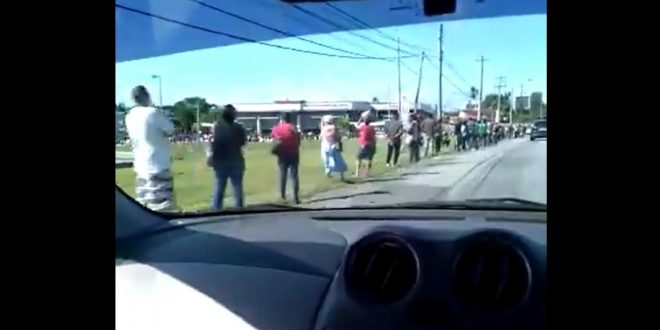 A recent statement attributed to Social Development Minister Donna Cox, is “another example of the callousness and downright degrading attitude of the Government”.

According to an article published by the Trinidad Express, Cox said of long queues at South Park to collect food hampers: “there are some people in need and some in greed”.

The Women’s Arm of the United National Congress (UNC) took umbrage with the Minister’s statement, and called for her immediate resignation.

It said the lines of people seeking hampers are representative of a “repeated message” that “Hunger may very well kill us before coronavirus”.

It continued: “To the Minister of Social Development, Donna Cox the Women’s Arm of the UNC is saying to you: “If you cannot be humbled enough to understand and address the hunger of your citizens, then we request that you step down immediately, as it is very clear that because of your lack of care and respect for the less fortunate you lack the impetus and therefore have no idea what the common citizens of Trinidad and Tobago are going in these trying times!”

The UNC Women’s Arm concluded by saying that there is enough in the country for everyone’s need, but not enough for the Government’s greed.