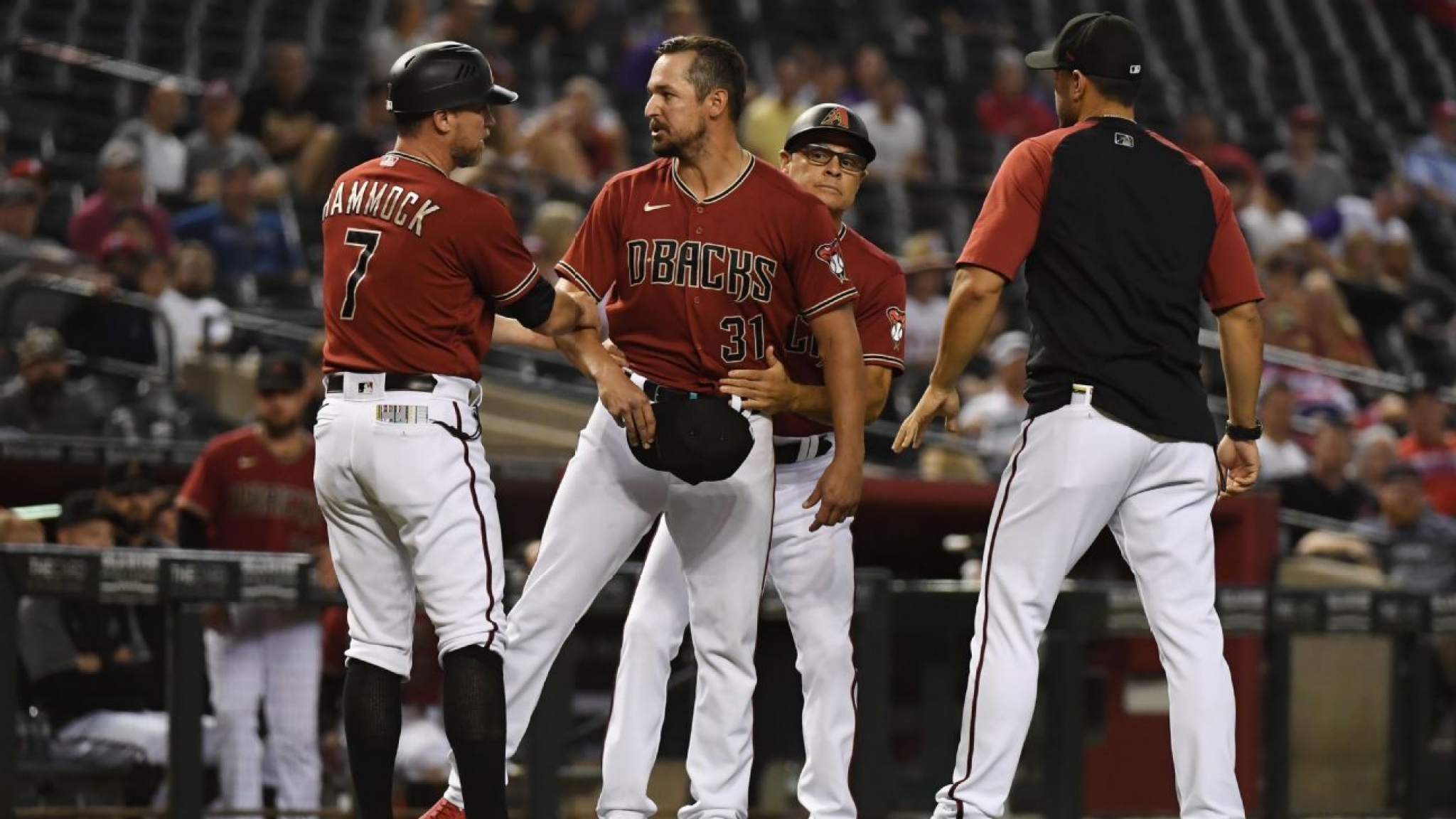 Arizona Diamondbacks left-hander Caleb Smith had his glove confiscated after the eighth inning and was ejected from Wednesday night’s 4-2 win over the Philadelphia Phillies.

Smith was checked by third-base umpire Phil Cuzzi, who then motioned for the other umpires to look at the glove.

Smith argued and at one point had to be pulled back by some of the team’s coaches. Cuzzi eventually handed the glove to a game official, who took it off the field and into the tunnel.

Diamondbacks manager Torey Lovullo said the glove was sent to New York for examination. He said the umpires found a “couple of suspicious spots in their opinion.”

Lovullo added: “I believe my player. I stand by my player. He said there was nothing malicious happening.”

Smith threw 2⅔ innings of relief and gave up one run. He was also checked after the sixth inning, and the umpires didn’t find anything suspicious. He could be suspended by MLB for 10 games if it finds he had a foreign substance on the glove.

Smith said the spots were dirt and that he didn’t cheat. He wasn’t sure of the next step in the process.

The Seattle Mariners’ Hector Santiago is the only pitcher who has been suspended since MLB cracked down on foreign substances earlier this season.