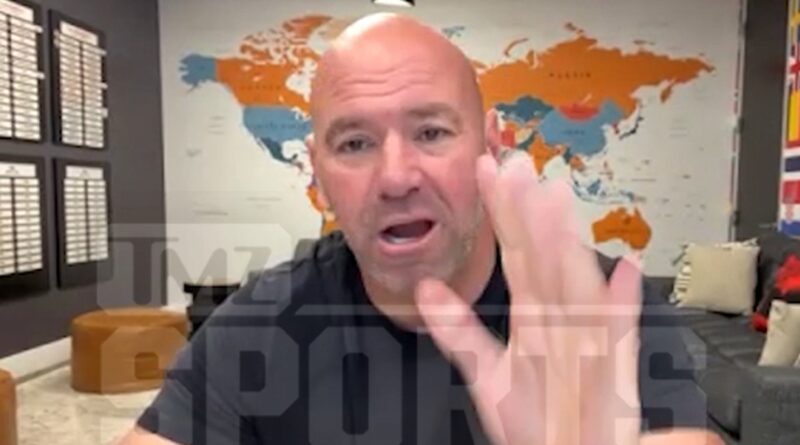 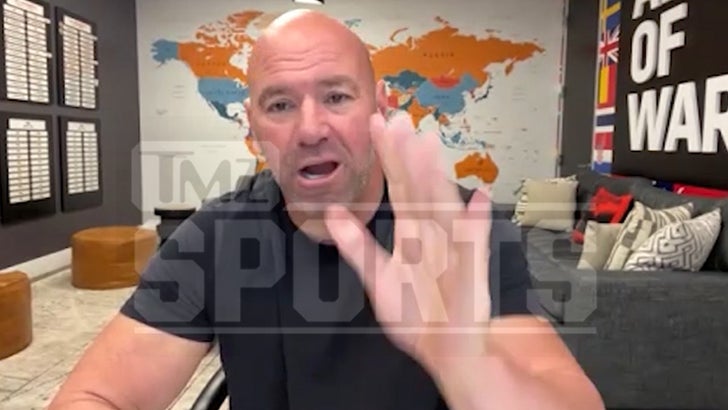 Dana White is making one thing clear — he’s absolutely FED UP with Jake Paul … telling this publication Sports he has no interest in talking about the YouTuber’s fight against UFC legend Anderson Silva.

It’s no secret — the UFC honcho and Jake have become hated rivals in recent years … with Paul constantly calling him out for how he runs his business, and White criticizing the Problem Child’s relevance and talent in combat sports.

After his fight was announced this week, Jake posted an old clip of Dana, who previously said he doubted Paul would ever call out Anderson, hyping up Silva’s skills in the boxing ring. Now that the fight’s been made, we had to ask White about the matchup.

Well — we tried, at least … before White cut us off.

“I don’t care about that. I literally was saying the other day, everybody keeps asking me about Jake. This guy’s not even in my sport!!”

What Dana DOES care about is UFC 279 on Saturday … where Nate Diaz and Khamzat Chimaev are set to duke it out in Las Vegas in one of the most anticipated fights of the year.

Despite the fact, White is done wasting his breath on Jakey P … we’re sure this rivalry isn’t going anywhere any time soon.