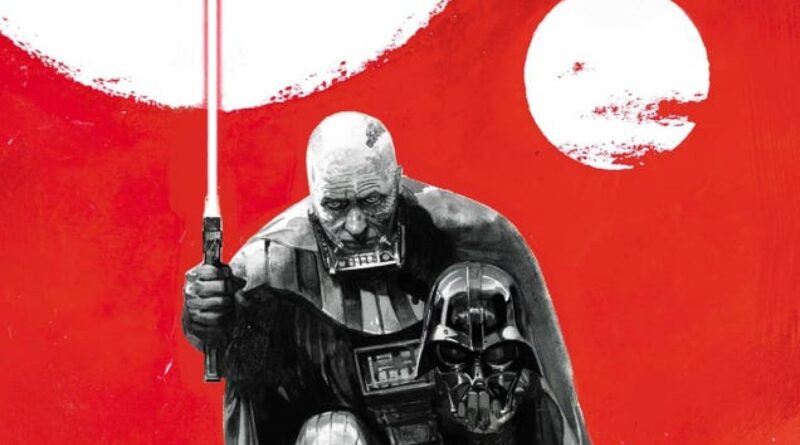 Darth Vader’s had his run of solo comic books over the years from a variety of creators. Some of them have been pretty good, some of them have been strange, but they’ve all gone a ways into showing what makes the drama queen formerly known as Anakin Skywalker utterly compelling after his fall. Vader’s cut a mean, imposing figure over the Star Wars universe for decades, and there’s nothing that Lucasfilm loves more than reminding us of that fact.

Hence, Star Wars: Darth Vader—Black, White, & Red, a four-issue comic miniseries all about the cyborg Sith lord. Revealed by StarWars.com ahead of the weekend, the anthology will feature Vader-centric stories from comic book veterans, with the chief gimmick being that it’s all presented in, you guessed it—black, white, and red. It’s following a recent trend in Marvel comics with characters like Moon Knight and Wolverine, and marks Star Wars’ first foray into the color-coded storytelling format.

The big headline of Black, White, & Red is that it marks the return of writer Jason Aaron (Avengers, Thor) to the Star Wars universe. Aaron previously helmed the flagship Star Wars book back in 2015 and 2016’s Vader Down, and is penning a four-issue story for the anthology drawn by Leonard Kirk (Sabretooth, All-New Wolverine). “I loved getting to let Darth Vader cut loose with all his power in such an epic way,” said Aaron. “I couldn’t pass up the chance to revel in the dark side again and put Vader in an even more perilous situation… and then see how he carves his way out.”

Other creatives announced for Black, White, & Red include Torunn Grønbekk (Jane Foster & the Mighty Thor, Punisher War Journal), and variant cover artist Peach Momoko. The anthology marks both Grønbekk first written project for Star Wars, and Momoko’s first time as an interior artist for a comic in the franchise. Grønbekk said that getting to write “the most iconic pop culture villain in history” has been a fun experience. She added that her story “not only gives you a glimpse of the gritty reality of the Star Wars universe but also showcases Vader at his most cunning and violent.”