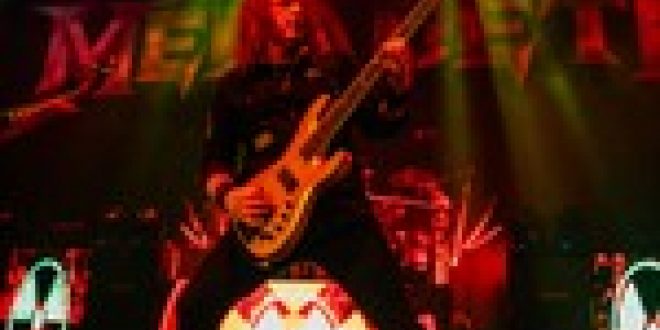 Dave Mustaine Confirms David Ellefson Will Not Return to Megadeth

Rock Feed asked Mustaine if there was any change of Ellefson coming back to the band in the future in a chat via Cameo, with whom the 59-year-old musician partnered to raise money for the ASPCA. “Any chance on Ellefson coming back later on? The answer to that is no,” Mustaine said in the video, posted Monday, while also shutting down rumors that Jason Newsted, former bassist of Metallica, would take his place. “I don’t think that is going to happen.”

Ellefson, 56, reportedly released a statement when the band first addressed the scandal on his private Instagram account. “As you may or not know, some private and personal conversations and interactions have surfaced online, released with ill intention by a third party who was not authorized to have them or share them,” he wrote, according to Blabbermouth. “While certainly embarrassing, I want to address it as openly and honestly as possible. As much as it’s not something I’m proud of, these were private, adult interactions that were taken out of context and manipulated to inflict maximum damage to my reputation my career and family.”

He also shared a statement he said was from the unnamed woman, in which she reportedly said, “I was always a consenting adult. Nothing inappropriate ever happened before that … I’m not a victim and I have not been groomed in the slightest as I was the one to initiate it.”