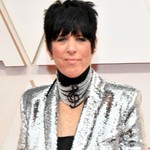 The legendary songwriter is hoping to win for the first time this year, for “Io si (Seen)” from ‘The Life Ahead.’

The legendary songwriter Diane Warren has accumulated a dozen best original song Oscar nominations across five different decades, but she has never taken home a statuette.

No other woman in history, across all Oscar categories, has ever remained winless through this many noms.

This could all change at the 93rd Oscars on April 25, as the 64-year-old’s latest nominated tune — “Io si (Seen)” from the film The Life Ahead, which she cowrote with Laura Pausini — has already won the best original song Golden Globe award, and is competing in a distinguished but wide-open Oscar race (unlike when previous tunes of hers came up against steamrollers like “My Heart Will Go On” and “Shallow”).