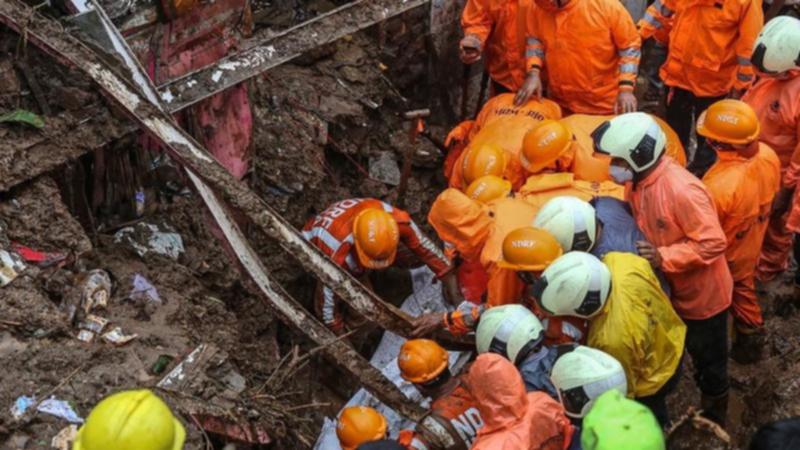 A landslide has struck several vehicles travelling on a highway in the hills of northern India, trapping as many as 50 people, officials say.

A bus, a truck and a few other vehicles were buried under mud and rocks on Wednesday following the landslide in Himachal Pradesh state’s Kinnaur district, said Vivek Kumar Pandey, a spokesman for the Indo-Tibetan Border Police.

District administrator Abid Hussain Sadiq said up to 50 people were feared trapped and seven had been rescued and taken to the hospital.

“We are now using heavy machinery to clear the area,” he said.

Heavy rain has caused several landslides in parts of Himachal Pradesh state over the past few weeks. The region is 600 kilometres north of New Delhi.

Disasters caused by landslides and flooding are common in India during the June-September monsoon season.

In August, nearly 150 people were killed by landslides and flooding triggered by monsoon rains in western India’s Maharashtra state.

Experts say heavy rainfall along India’s western coast is in line with how rainfall patterns have changed in the region in past years due to climate change, as the warming Arabian Sea is driving more cyclones and more intense rainfall over short periods of time.