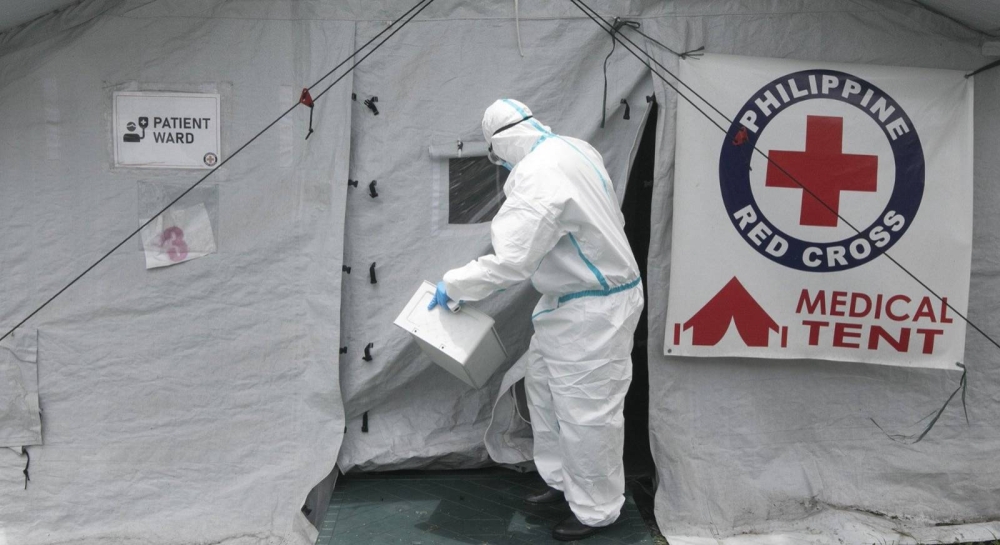 PRESIDENT Rodrigo Duterte on Thursday accused Sen. Richard Gordon of using the Philippine Red Cross (PRC) as his “milking cow” to fund his electoral campaigns and asked the Commission on Audit (CoA) to check whether the non-government organization (NGO) was spending its funds correctly.

In his pre-recorded public address, Duterte questioned the objective of Gordon’s panel to look into the government’s Covid-19 pandemic spending.

“Gordon are you really [conducting an] investigation in aid of legislation or in aid of your personal political interest? I heard that you want to run for vice president next year and you are trying to impress the opposition that they would consider you? Totoo ba ito (Is this true) [Senator] Gordon?” he said.

Duterte said if Gordon wanted to run for vice president, he would even be willing to discuss these plans with him since he too declared his intention to run for the country’s second-highest position in the 2022 national and local elections.

“Alam mo, tatakbo rin ako. Kung mag-usap lang tayo, puwede namang ikaw ang maging vice president kung karapat-dapat ka (You know, I’m going to run too. If we just talk, you can be vice president if you’re deserving). So I would know if you talk to me about your political plans lalo na ang (especially the) vice presidency. Ako naman nag-announce na (I have already announced my plan),” he added.

Duterte then brought up several issues concerning the senator’s position as chairman of the PRC.

“Ganito kasi ang problema ko kay Gordon (This is my problem with Gordon). Having a senator at the helm, especially like you, even if the Supreme Court ruled that it is not against the Constitution if you hold the position of Red Cross, I think is unethical and we have revealed why,” Duterte said.

“Even before I entered politics, Gordon hinawakan mo na yang (you were in control of) Red Cross and you control the agency like the way you control everything. You are so bossy and I think that the true work of the Red Cross is not reflected in your actuations,” he added.

Duterte recalled how Gordon threatened to make the PRC stop conducting free Covid-19 tests due to the failure of the Philippine Health Insurance Corporation to pay its P930 million debt.

“Red Cross is supposed to be a humanitarian organization. But when government was struggling to source funds, you threatened to stop testing. I really do not know but I cannot see the rationale of your statement na (that) you threaten [the] government with something which ought to be done by you regardless of whether or not may pera ba o wala (there’s money or not),” he said.

The President also cited how PRC charged testing at “astronomical” rates of around P4,7000 a piece without discounts for senior citizens and persons with disabilities and now plans to sell Covid-19 vaccines for P3,500 when a Moderna vaccine costs $51 or merely P2,500.

“Is this a fair move of yours during the time of when the Philippines is suffering from, just like other nations, the effects of pandemic? Is the Red Cross saving money so that it would eventually pass a resolution to set aside the big amount to fund your election plans just like the funds you use in the 2010 and 2013 campaigns?,” he said.

Duterte said Gordon was clearly using the PRC as a “milking cow” to fund his upcoming election campaign.

“I dare say na ginamit mo talaga ito para sa elections. Ito yung milking cow mo e, sa totoo lang (I daresay you are using this for elections. This is your milking cow, to be honest). You have been there for quite a time. Is it not fair to say now na bumitaw ka na (you step down) and give others a chance para mahinto na yung ginagawa mong kalokohan (so that those anomalies would stop)?” he said.

The President said he would ask CoA to audit the PRC and give the Executive Branch a copy of its findings.

“I will demand, the Executive Department will demand that we be furnished the copies of your audit taken by COA, and COA to give us the copies so that we can review also what you have audited at tignan ba namin kung tama o hindi (and we will see if it is done correctly or not),” he added.

The COA, however, is only mandated to examine and audit government agencies and bodies. The PRC, is a non-government humanitarian organization.

Republic Act 10072 states that “The Philippine Red Cross shall, at the end of every calendar year, submit to the President of the Philippines an annual report containing its activities and showing its financial condition.”

It also states “The Philippine Red Cross shall be recognized as the voluntary, independent and autonomous nongovernmental society auxiliary to the authorities of the Republic of the Philippines in the humanitarian field.”

Gordon, who chairs the Senate Blue Ribbon Committee, earned the ire of the President when he led the inquiry into the purchase of allegedly overpriced medical supplies during the height of the Covid-19 pandemic last year.

In previous public addresses, Duterte criticized Gordon for being a “talkathon” champion and even went as low as commenting on the senator’s appearance, including his weight.

In fresh tirades on Thursday night, the President said Gordon can look at his books as well.

“Let us be open to everybody. You open your books and I open mine, and you can read all that is entered there and I will also examine what you have done so that it will be a fair scheme for everybody,” Duterte said.

“‘Yan lang ang gusto kong tanungin. Kasi itong si Gordon nagmamalinis, eh (That’s all I want to know. It’s because Gordon is acting like he is all clean),” he added.

Duterte also said Gordon was guilty of malversation and that the latter would not be able to explain what he would find in PRC’s books.

He brought up Gordon’s plunder complaint over anomalies in the P193 million worth of pork barrel allocated to the PRC as well irregularities during his stint as chairman of the Subic Base Metropolitan Authority.

“We will start also with your record as a public official. Plenty! ‘Yang Red Cross na ‘yan (That Red Cross). I think that you would not even be able to explain, sa totoo lang (for real). If there is an honest-to-goodness examination of the book of records and the audit of the past years and we will review if it reflected really the real actuations of you and the others there in the Red Cross,” he said.

“I’m sure that we will find something. We believe that you are also guilty of– well, sabihin mo nang (you can say) malversation. Well, tell us,” the President added.