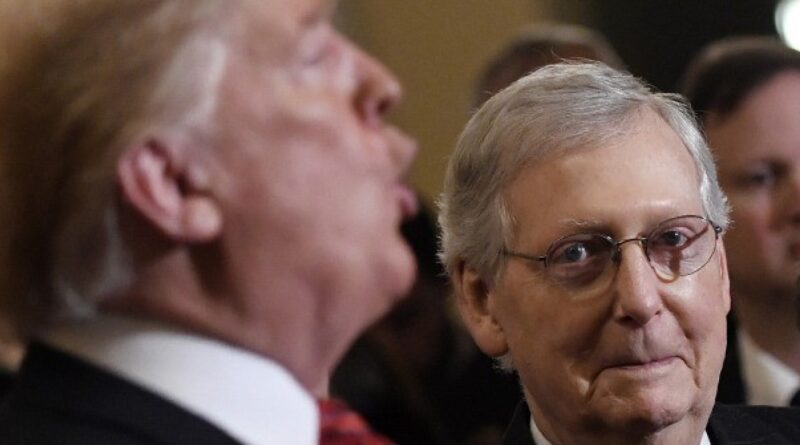 “The only thing I’ll give to his credit is he helped President Trump get a lot of conservative judges appointed — okay, good for him — but everything else he did was designed to screw Donald Trump,” Navarro said on SiriusXM’s Breitbart News Daily with host Alex Marlow.

He continued, “The worst thing he did, in my judgment, was to slow-walk all of the Trump appointees to the major departments and agencies, so if you don’t have those folks in the top of those agencies, you cannot drain the swamp — and then fast-forward — McConnell made one the stupidest gambles in conjunction with Fox’s Karl Rove in Georgia, and they screwed up those Senate races.”

Navarro said McConnell expected Democrats to win a majority in the U.S. House of Representatives and the presidency in 2020 while retaining his majority leader status in the U.S. Senate.

“McConnell was banking on him being the leader of the Senate, and Dems holding the House and [winning] the White House, and him being kingmaker,” Navarro stated, “but he screwed it up so badly with Karl Rove. We lost the Senate, as well.”

Navarro emphasized his educational pedigree in economics when describing rising government-driven inflation and costs of living as dire.

“People should be alarmed,” he remarked. “Look, I’m a Harvard-trained macroeconomist, I’m over 70 years old, [and] I lived through the 1970s stagflation, which is the last time we had simultaneous recession and inflation, and this is worse than anything I’ve ever seen.”

The status quo of illegal immigration, Navarro observed, has its most damaging economic and social impacts on “black, brown, and blue-collars Americans.”

He concluded, “When you have this wave of immigrants come across, black, brown, blue-collar Americans are at the tip of their spear because it drives down their wages, competes for their jobs, and oh, by the way, we import crime and all manner of mayhem across the border.”