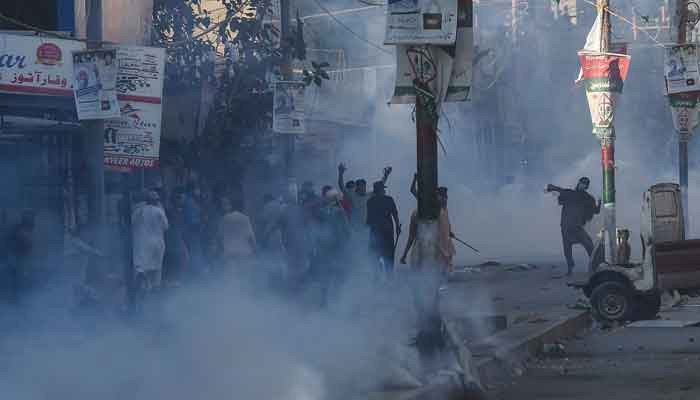 The federal cabinet on Saturday approved the de-proscription of the Tehreek-e-Labbaik Pakistan (TLP), after the political party and the government had struck a secretive deal earlier this week, sources said.

The federal cabinet approved the removal of the party’s proscribed status through a circulation summary sent by the interior ministry, sources said, which mentioned that TLP has assured the government it will not organise violent protests in the future.

Two days back, Chief Minister Punjab Usman Buzdar granted the initial approval to the summary sent to him by the Punjab home department for the revocation of the TLP’s proscribed status.

After granting preliminary approval to the summary, the CM had sent it to the Ministry of Interior to take a final decision regarding the matter through circulation.

The Ministry for Interior, after receiving the summary to change TLP’s status, had sent it to the federal cabinet earlier today, the sources said.

In line with the deal struck with the TLP, the Punjab government has already removed the names of 48 TLP workers among 90 from the fourth schedule.

The provincial government also decided to release 100 other activists of the proscribed organisation from different jails in the province.

On November 2, the government began implementing the accord with TLP, with reports suggesting that it had released more than 800 supporters of the party arrested across Punjab.

The government signed an accord with the proscribed outfit last Sunday, under which workers of the organisation who are not facing any formal criminal charges were to be released. The amnesty will also extend to the party’s top leader, Saad Rizvi.