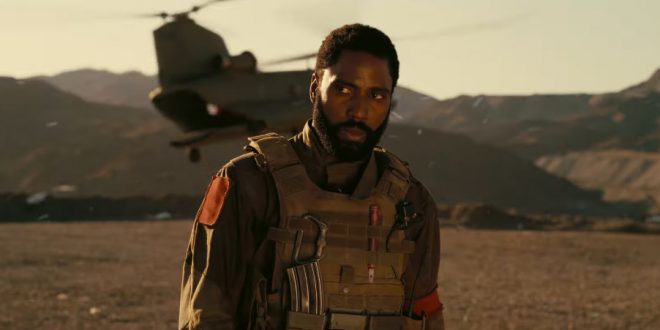 Final ‘Tenet’ Trailer: Time Isn’t the Problem, Getting Out Alive Is the Problem (Just Like with Movie Theaters)

With Tenet poised to arrive in US theaters in under two weeks, Warner Bros. Pictures has released one final trailer with the most inverted time action yet. Not only does it give us the best glimpse at Christopher Nolan‘s high concept sci-fi action thriller, but it also introduces us to that final piece of the film’s puzzle, in the form of Travis Scott’s hip-hop track, “The Plan,” written specifically for the film. Watch the final Tenet trailer below and try not to get frustrated about how terrible of an idea it is to release it in theaters right now.

Tenet has the same kind of vibe that The Matrix did when it was teased back in 1999, showcasing some breathtaking and innovative action. Some of the inverted time sequences don’t even appear to be moving backwards at first until you see certain elements unfolding in reverse. It looks like a real mind fuck.

The early reactions to Tenet have been somewhat mixed based on the critics who were able to see it outside of the United States before the film arrives in many international markets next week. While some were satisfied with the thrills that Nolan offered, others felt underwhelmed. As for our own Jason Gorber, here’s what he wrote in his review:

“In the end, Tenet feels like the most Nolan-y of Nolan’s own films, amping the many quirks of this remarkable filmmaker’s visual, aural and temporal fetishes up to 11. The result is messily entertaining, a film that feels both boisterous and bloated in equal measure. The drive of Nolan and his collaborators is to craft something that acts simultaneously as an escapist thrill and a deeper rumination on our choices and sacrifices, and how even the most small of circumstances can lead to events outside of our control. There’s a desire to entertain and engage audiences, not through the pre-established conventions of franchise lore that drives most blockbusters, but through a spark of originality that draws from past works but fiercely attempts to carve its own niche. This is to be lauded, even if the end result feels very loud and needlessly dense. “

John David Washington is the new protagonist in Christopher Nolan’s original sci-fi action spectacle Tenet. Armed with only one word – Tenet – and fighting for the survival of the entire world, the Protagonist journeys through a twilight world of international espionage on a mission that will unfold in something beyond real time. Not time travel. Inversion.

Tenet is currently slated to hit theaters in the United States on September 3, 2020 with early access screenings starting on August 31. Check your local listings for more information.

Cool Posts From Around the Web: