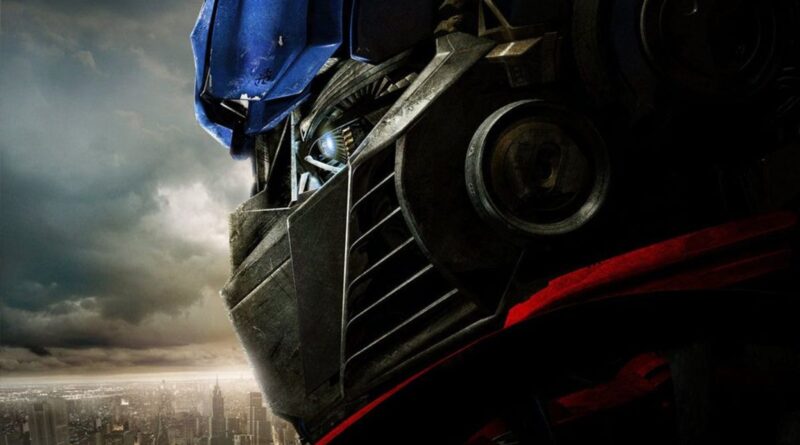 Ever since the late 1990s, we’ve been living in an era of IP-focused filmmaking that’s proceeded to get more elaborate and louder with each year. There are plenty of genre films one could point as being important or iconic in some way, from Sam Raimi’s Spider-Man films to Batman Begins and Independence Day. And believe it or not, one such film that likely deserves that status is the original Transformers movie.

The first of the live action films released on this day in 2007, and served as Hasbro and Paramount’s first real attempt at bringing the property to theaters after the box office failure of the 1986 film. Directed by Michael Bay and starring then-relative rising stars Shia LeBeouf and Megan Fox, the film opened to solid enough reviews and was a massive box office success, becoming the fifth highest-grossing film of 2007 and grossing $709.7 million worldwide. It would be an understatement to say how much of a big deal this movie was for its time, and its marketing reflected that. Hasbro partnered with 200 companies to promote the film in 70 countries, and Bay directed tie-in promos for Burger King, General Motors, and Pepsi. They absolutely wanted this film to be a hit, and it paid off, becoming a massive franchise that spawned plenty of toys, tie-in games, and so on. There was even plans for a Transformers Cinematic Universe…until there wasn’t.

It isn’t a stretch to say that the now 15-year-old film is iconic, even though in this case, it’s more of a backhanded compliment. Both the first Transformers and its sequels have consistently become used as an example of what Hollywood can get wrong about adapting beloved IP. It’s barely interested in the mythology of its source material or the characters that the camera’s pointed at, and they’re rife with enough product placement to make you wish you could install an ad blocker into your eyes. Right from the start, it’s not hard to imagine that Bay’s only using the Autobots and Decepticons as a way to create solidly done action and chase scenes that more often than not involve the military, which he’s never failed in his career to make look gorgeous. And what surely made these films so hated is that there just wasn’t any way to get away from them. While there was plenty of other material outside of the films for fans to get into—the comics, the multiple cartoons, and video games, including the Cybertron series—to the larger world, Bay’s version of the Transformers was likely their only experience with the property. Before there was Riverdale and the MCU, the question of “why is this still going?!” was directed primarily at the Transformers, nearly all of which made absurd amounts of money at the box office despite middling to negative reviews.

It also isn’t wrong to say Bay’s first film was pretty influential, as well. If it weren’t for the success of that original movie, we likely wouldn’t have had other toy movies and shows come out around the same time as the franchise. Fom Lego and Battleship to G.I. Joe, twice, and potentially He-Man and She-Ra, all of them were trying to get in on the pie that the Robots in Disguise started baking. Without the Transformers movies and their dogged determination to focus on spectacle over substance, would we have so many action films that devote the final 1/3 of their runtimes to effects, explosions, and slow motion? Likely not.

Despite how hated these films are, there have been some bright spots: the original film is still pretty solid overall, with more restraint than its successors. Similarly, 2018’s semi-soft reboot Bumblebee managed to strike a nice balance between character-driven heart and flashy nostalgia spectacle. (It likely helps that it’s the one film that broke the Transformers trend and was directed by Travis Knight rather than Bay.) Seeing these films in theaters with friends usually makes them more tolerable, and they’re good enough time sinks to sit through at home when they inevitably hit broadcast rotation on FX. For a handful of the sequels—more specifically Dark of the Moon, and Age of Extinction—the chaotic third act VFX blowout can be pretty impressive to watch.

And even though these movies truly do not giveth a shit about their source material, there’s something just fascinatingly bonkers about the lore they’ve built on their own throughout the films. (I still have questions about Bumblebee in WWII and how the Transformers made friends with Harriet Tubman. No really, this is a thing that happens.) These films are annoyingly stupid, but somewhat endearing because of it; even if a scene or moment in question is cringeworthy, there is likely something in one or more of these films that you somehow have managed to remember, despite your best efforts to forget it. Admit it, you probably still recall those two annoying racist Autobots from the second movie.

So yeah, a happy birthday to Transformers. Outside of Bumblebee and sections of the other movies, you’re not a particularly “good” franchise. But you’re important, in your own way…beyond having soundtracks, both from composer Steve Jablonsky and a respective range of rock artists, that really went above and beyond. Tell us in the comments how good those soundtracks are—beyond Linkin Park, obviously—and I guess tell us what you think of the films themselves, and if your opinion on them has changed over time.