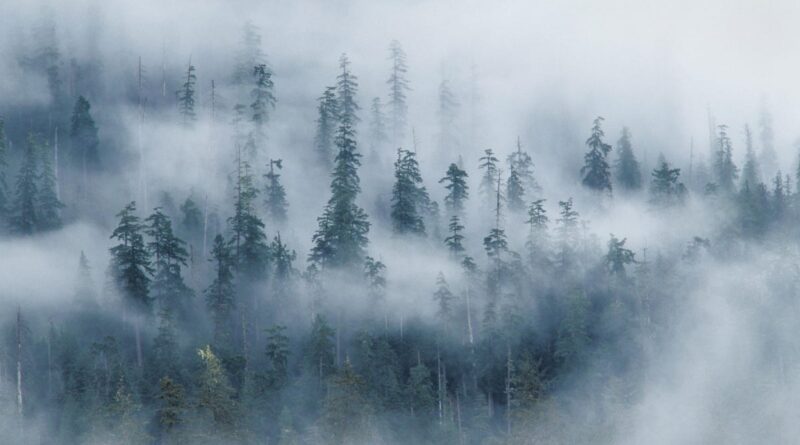 What should be evergreen hills and forests throughout the Pacific Northwest are now marred by large swathes of brown, dead trees.

Fir trees across Oregon are dying from an ongoing drought plaguing much of the country. In a recent aerial survey, the U.S. Forest Service observed dead trees in about 1.23 million acres (over 1,900 square miles) of forest in Oregon and Washington, Columbia Insight reported. Over a million of those acres were in Oregon alone. The extent of the die-off is so bad, researchers are calling this a “Firmageddon,” according to Columbia Insight.

The Forest Service conducts aerial surveys every year to assess the health of the country’s forests, and this year’s findings have been especially alarming. “It was almost twice as bad as far as acres impacted than anything we had previously documented,” Danny DePinte, an aerial survey program manager for the U.S. Forest Service, told NBC News. “Nature is selecting which trees get to be where during the drought.” DePinte also told NBC News that fir tree damage was the most noticeable around the eastern side of the Cascade Mountains, where the climate tends to be drier.

Known for having historically temperate weather conditions, Oregon and Washington have seen higher temperatures and less precipitation under climate change. As of late last week, a large portion of south central Oregon was experiencing extreme drought conditions, according to the U.S. Drought Monitor. Most of the state of Washington is experiencing moderate drought and abnormally dry conditions. Just this past October, several areas across the state of Washington saw record-high temperatures for that month, a climate report from the National Oceanic and Atmospheric Administration said.

Fir trees struggling through long periods of hot weather and drought are weaker than trees receiving the water they need. This makes drought-affected trees more susceptible to damage from insects, like bark beetles. These insects lay their eggs in bark, and the larvae grow by feeding off the trees.

TV time
This 4K OLED smart TV comes with Alexa built-in, can run Xbox Game Pass, has an incredible picture, and even has Dolby Atmos & Object Tracking Sound too.

Drought is killing trees in other states, too. Late last month, Christmas tree farms around the U.S. shared that thousands of the trees they planted this year died as a result of the ongoing drought. One farmer in Massachusetts lost more than 1,000 trees that he planted this spring because drought pummeled the state so badly, CNBC Boston reported. He estimated this to be a more than 90% loss. A tree farm in Central Texas had to shut down its cutting field, where families would normally visit to pick out a Christmas tree, KCEN-TV News reported. And in September, researchers noticed that fir trees all around Lake Tahoe in California were quickly dying due to abnormally dry conditions, SFGATE reported.

The ongoing drought has affected food crops. Tomato and onion growers have gathered lower yields this year as major water sources like the Colorado River experience historically low levels. Things aren’t likely to get much better soon: In October, an analysis from NOAA found that the country is in for another super-dry winter.