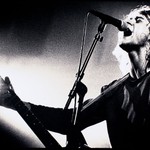 AI software generated a “new” Nirvana song 27 years after frontman Kurt Cobain’s death, but Billboard wants to know which one of the Seattle rock band’s actual classics is your favorite.

Nirvana scored seven top 10 hits on Billboard’s Mainstream Rock Airplay chart: “All Apologies,” “About a Girl,” “Smells Like Teen Spirit,” “Come as You Are,” “In Bloom,” “Lithium” and the 2002 song “You Know You’re Right.” That last one is from the band’s self-titled greatest-hits compilation album and the final song Nirvana recorded before Cobain’s death in 1994; it earned the band its first and only No. 1 hit on the chart. It also topped the Alternative Airplay chart, where Nirvana notched four No. 1s: “All Apologies,” “Smells Like Teen Spirit,” “About a Girl” and “Heart-Shaped Box.”

For music fans that didn’t live through the grunge era, the chorus of Nirvana’s 1992 single “In Bloom” was echoed in Lil Nas X’s multi-platinum single “Panini” 27 years later.