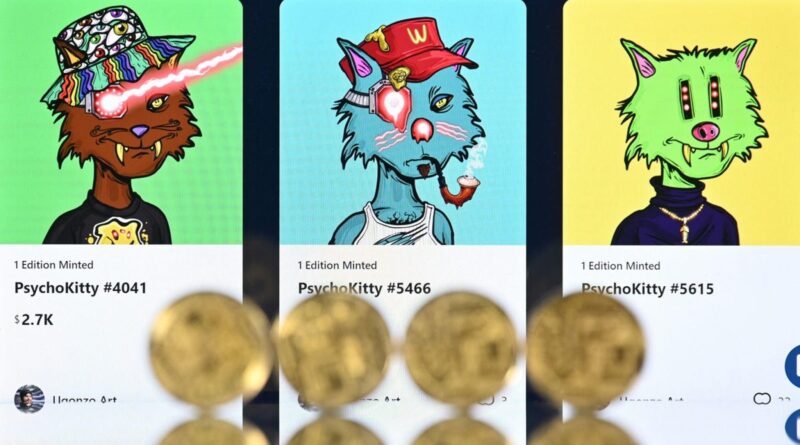 Watch out intrepid web3 entrepreneurs, the feds are cracking down on insider trading. Former OpenSea product manager Nate Chastain was arrested by the FBI early Wednesday morning in New York City and charged with wire fraud and money laundering in connection with an elaborate NFT insider trading scheme. In a press release, The Department of Justice claims Chastain used his advanced, confidential knowledge about which NFTs would be featured on OpenSea’s platform to secretly buy them and then sell them for up to five times their original value.

“In this case, as alleged, Chastain launched an age-old scheme to commit insider trading by using his knowledge of confidential information to purchase dozens of NFTs in advance of them being featured on OpenSea’s homepage,” FBI Assistant Director-in-Charge Michael J. Driscoll wrote.

According to the DOJ, Chastain’s role at OpenSea involved selecting NFTs that would be featured on the company’s homepage. Armed with the knowledge of which NFTs would pop, Chastain then allegedly used several anonymous crypto wallets to purchase the NFTs and sell them for a quick buck. Chastain’s scheme allegedly occurred between June and September of last year and involved the purchase of dozens of NFTs. Chastain allegedly sold the NFTs at two to five times their initial purchase price.

“NFTs might be new, but this type of criminal scheme is not,” U.S. Attorney Damian Williams said. “As alleged, Nathaniel Chastain betrayed OpenSea by using its confidential business information to make money for himself.”

In an email to Gizmodo, an OpenSea spokesperson said the company condemned Chastain’s action and terminated his employment following an investigation.

“As the world’s leading web3 marketplace for NFTs, trust and integrity are core to everything we do,” the spokesperson said. “When we learned of Nate’s behavior, we initiated an investigation and ultimately asked him to leave the company. His behavior was in violation of our employment policies and in direct conflict with our core values and principles.”

Members of the NFT community first started catching wind of Chastain’s activity last Fall. Twitter users claimed they saw Chastain using a number of secret crypto wallets to purchase NFTs from collections prior to their release. Not long after that, a Chinese cryptocurrency news platform claims to have analyzed the wallet activity and alleged Chastain made off with around $67,000 in Ether coin (ETH) from the scheme.

OpenSea was forced to acknowledge the chicanery in a public blog post, though they stopped short of mentioning Chastain by name at the time. Instead, OpenSea simply said they had “learned that one of our employees purchased items that they knew were set to display on our front page before they appeared there publicly.”

Unfortunately for OpenSea, the companies’ troubles extend past Chastain. The company was sued earlier this year by an NFT user from Texas for $1 million over claims the company was responsible for a Bored Ape NFT stolen out of his crypto wallet. That same week a hacker carried out a phishing attack of OpenSea users and made off with around $1.7 million worth of stolen NFTs.

As for Chastain, the former product manager will have to fight to avoid some serious jail time. Chastain’s charged with one count of wire fraud and one count of money laundering, each carrying the potential 20-year maximum sentence. And while the U.S. federal government doesn’t exactly have a great reputation for holding inside traders accountable in traditional finance, the DOJ has recently hinted it’s getting serious about cracking down on crypto crime.