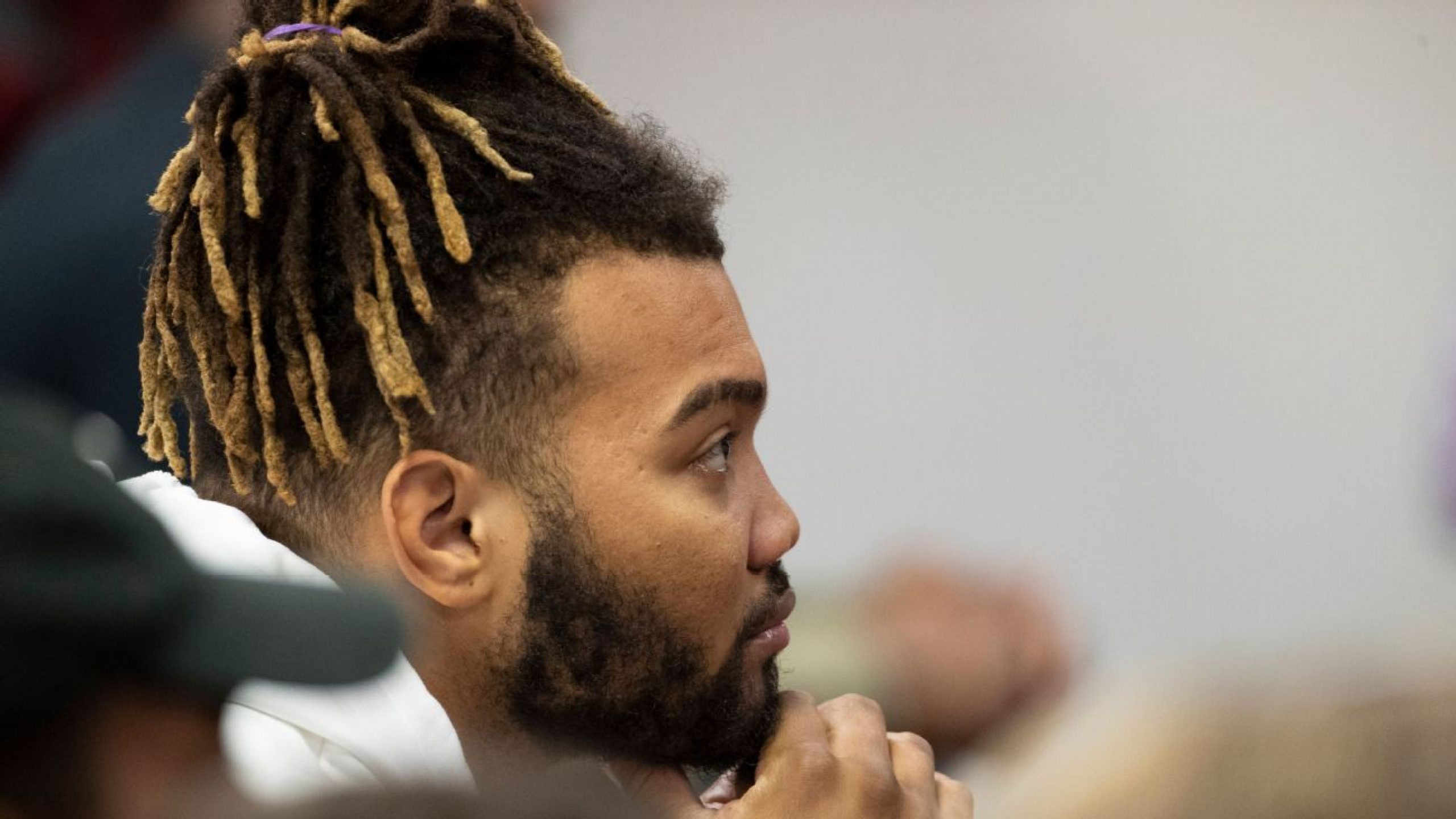 Guice was arrested last August in Loudoun County, Virginia, and charged with one count of strangulation and three counts of assault and battery, stemming from three separate domestic violence incidents involving his then-girlfriend early in 2020. He allegedly pushed the woman to the ground on three different occasions and was also accused of strangulation.

Washington released Guice two hours after he was arrested. He has not played in the NFL since.

The strangulation charge against Guice was dropped in January by Commonwealth’s Attorney Buta Biberaj. The other charges were dropped after a settlement was reached with the woman. Guice was facing possible jail time if convicted.

Two women accused Guice of sexual assault while he was a freshman at LSU in 2016. A third LSU student alleged in 2016 that Guice had taken a partially nude photo of her without her knowledge and showed the pictures to his teammates. Guice has denied the allegations.

Washington selected Guice in the second round of the 2018 draft. There were questions surrounding his character entering the draft, with some teams — including Carolina, then coached by current Washington coach Ron Rivera — taking him off their boards, according to multiple sources.

Guice missed all of his rookie season after tearing his ACL in training camp. He missed 11 games with a knee injury in 2019.